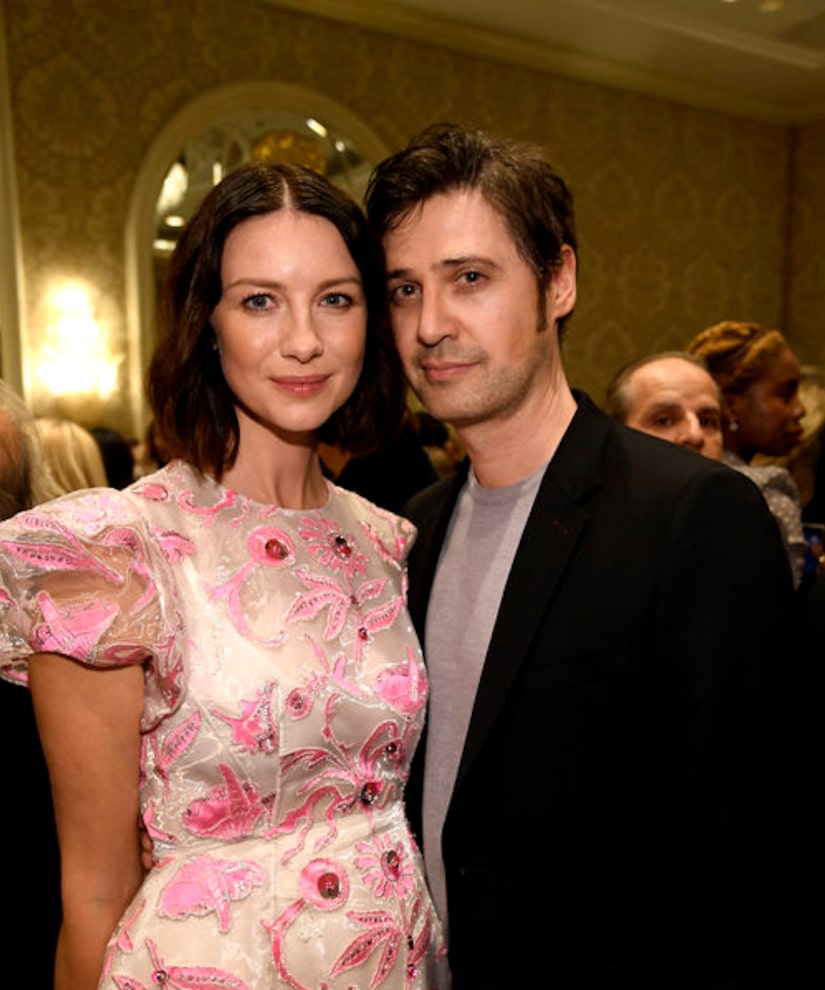 Over the weekend, they exchanged vows at St. Mary's Church in Bruton, Somerset, in the U.K., People magazine reports.

The Roman Catholic wedding was officiated by Rev. Louis Beasley-Suffolk

While Balfe's reps haven't confirmed the marriage, a public calendar for the church noted that a wedding for “A McGill” was scheduled there last weekend.

Last year, Caitriona broke the news that she was engaged to McGill after nearly two years of dating. She told People at the Golden Globes while debuting her sparkling ring, “It happened over the break. I'm very happy.”

The couple have done their best to keep their relationship under the radar. She even keeps him off her social media.

McGill has accompanied Balfe to public events, including the 2017 Oscar Wilde Awards and the ceremony celebrating Jodie Foster's star on the Hollywood Walk of Fame in 2016.

They were first seen together in 2015 when a friend posted a video of Caitriona sitting on Anthony's lap on Instagram.