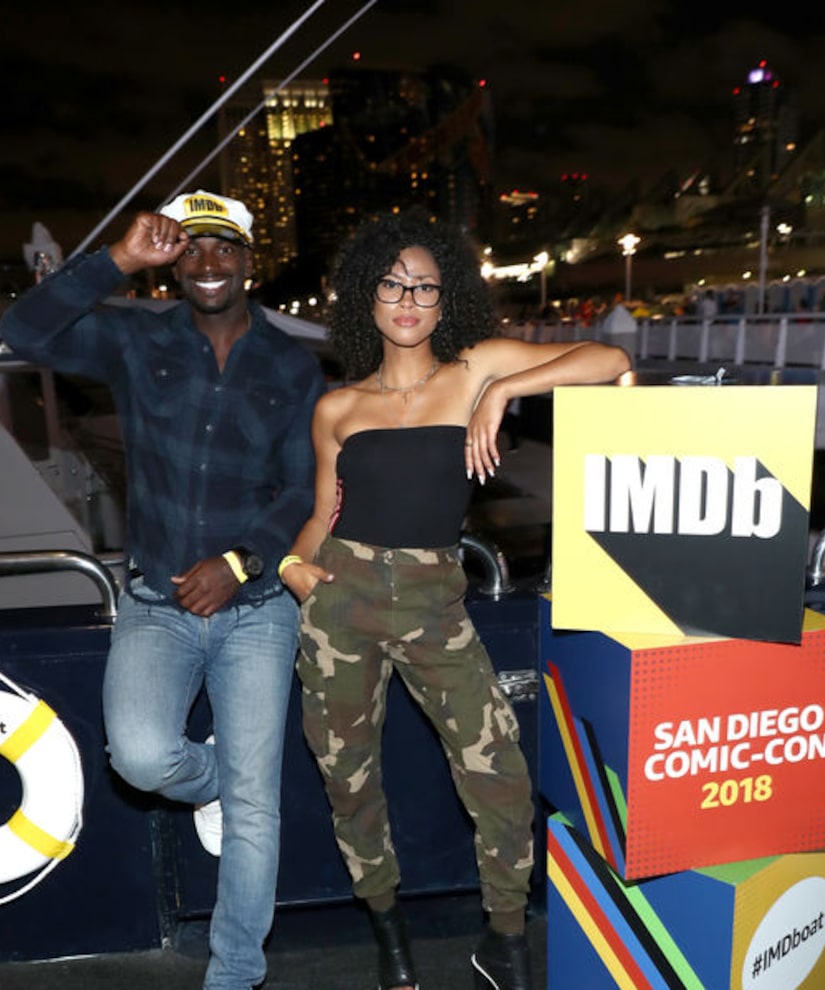 “The First Purge” co-stars Lex Scott Davis, 28, and Mo McRae, 38, have taken the next big step in their relationship.

In July, the two exchanged vows at “a little oasis away from L.A.” She told People magazine, “It's still exciting to even say 'husband and wife' out loud. We get giggly when we say it out loud.”

The couple decided to have an “unplugged” wedding, so guests were “present in the moment.” She emphasized, “It was very sacred, very serene.”

As for how Mo felt on his big day, he said, “Something that struck me was the love that just permeated throughout the entire building. I was overwhelmed by it.”

Davis walked down the aisle in a Lorenzo Rossi dress, while McRae was accompanied for his walk by daughter Miami, 11. He commented, “She was trying to be strong. Tears began to well up and she had to compose herself. Every part of this was just felt special.”

Lex gushed about Mo's relationship with Miami, saying, “They have the coolest bond and it reminds me of my father's bond — and I think my dad is the best dad ever. It's full circle being able to marry a man who is also that loving and charming, and have a beautiful relationship with his daughter.”

Lex and Mo didn't immediately go on a honeymoon, though. He explained, “I had to leave two days after the wedding to start the show that I'm doing, so I missed her painfully. Now, we reunited in New York, so it's almost like a restart on all the magic.”

While they haven't decided where to go for their honeymoon, they already have kids on the brain. McRae shared, “I'm excited about all the love and adventures I get to go on with my best friend — and make as many kids as we can. Travel the world, make great art and a life together.”

Lex added, “Joining forces will only make it even more impactful and more powerful. And yes, having as many kids as we possibly can. I'm an only child so I'm eager to have a really big family.”

The couple also opened up about their first meeting on the set of “The First Purge.” Lex dished, “Me and Mo sat across from each other and we locked eyes for a beat too long. It felt awkward for me, so I looked away, of course, and tried to shake it off.”

Mo joked, “She couldn't shake me off.”

Davis continued, “I believe that was our souls making the decision for themselves. It just was out of our control from there.”

When asked how he knew that she was the one, McRae noted that he awoke from a nap and “out of nowhere became overwhelmed with this feeling.” He went on, “In my heart, it was like a spiritual moment like, 'She's your wife.' At that moment, I knew. I just couldn't ignore it. I couldn't run from my destiny.”

The couple had been engaged for nearly a year before the wedding.