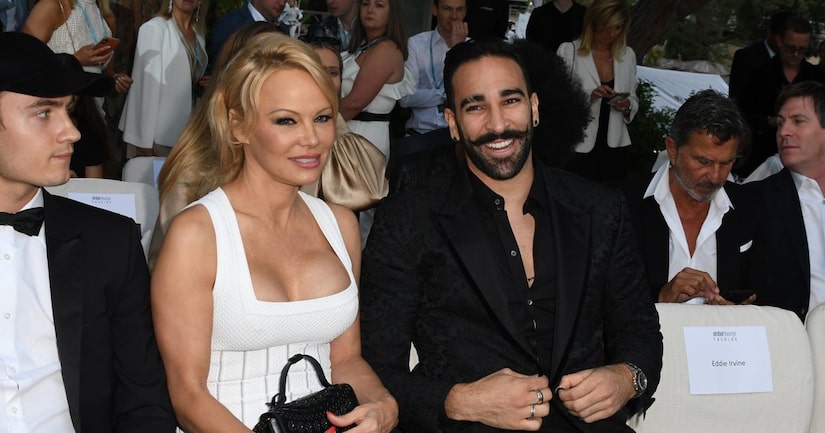 Soccer star Adil Rami is “shocked” by Pamela Anderson's recent allegations against him.

Last week, Pamela released the letters between herself and Adil's ex, Sidonie Biémont, the mother of his children. In one of the unverified letters, Pamela alleged that Adil “threw me around my hair in LA last summer” and even “crush both my hands” during one fight. She added, “I needed to go to hospital (6 months after) because I was in so much pain. I couldn't write it [sic] open a water bottle. They need to put me to sleep to do injections. my hands were getting better but he hurt me again at mandarine hôtel.”

Over the weekend, Adil wrote in his native French on Instagram, “I have no choice… I will make it simple and super clear and as I said before I will not comment on the details of my life with Pamela. I want to tell you that these accusations of violence are completely false and I cannot let that go.”

Adil claims that the allegations have taken a physical toll on him. He emphasized in French, “I'm hallucinating so badly. Those who know me know who I am and my values. They know it's impossible and that I am incapable of doing it... She knows that my commitment to the cause of violence against women is something that is really important to me. I respect too much the solidarity of the women I have met and this fight! This is really disgusting.”

After Pamela's abuse allegations, Adil was suspended as the ambassador for the Solidarité Femme, a nonprofit for female victims of violence. In his native French, Adil wrote, “I respect the association's decision, it saddens me but I respect it.”

Indirectly addressing her cheating allegations, Adil argued, “Lying to keep a good relationship with her ex and her children is one thing, but using lies about violence to hurt me, it goes too far and it's unfair. Again I will not let these false accusations on me and my family unanswered.”

Sidonie seemingly addressed the physical abuse allegations on Instagram. She wrote in her native French, “What I can attest is that during the 6 years spent with Adil where we lived together, he never subjected me to any physical violence and was never 'hysterical' or even 'pathologically jealous' as currently described.”

She continued, “If that had been the case, I wouldn't have wanted my children to have anything to do with him.”

While pointing out that she was “very much in love with Adil… until I wasn't anymore,” Sidonie captioned the post in French, “seeing my private life soiled and spread on social networks does not amuse me at all.”

In a previous post, Sidonie discussed love, writing in French, “When we are in love, we are often deaf and blind ... We hang on to all, at the slightest sign, we interpret, we over-react, we leave room for the biggest lies.”

“When you're in love you want to believe in it more than anything, you dream that one day your family will be reunited, you think that you were right to choose this person for half, you idealize.. We apologize, we forgive, we minimize..,” she continued. "Then one day we wake up devastated and we go dark… My priorities have always been my two loves: Zayn and Madi, they will remain so. My dearest wish is to instill honesty and self-respect.”

Pamela updated her post to include a video of her hand being wrapped in bandages. She said, “When he crushed my hands especially my right one till they cracked. It took me 6 months to go to [a doctor. I told them it felt like arthritis (so this is what they put down) - (I couldn't say he hurt me to the dr) though I did tell his sister and the concierge to Olympic De Marseille who took me what really happened. The sister just told me to be patient. That he was changing."

She continued, “Now he's actually denying any abuse. Maybe He doesn't understand what abuse is. It's not my intention to hurt him… He has no clue about domestic violence.”

Anderson claimed that Rami wants her to return to France, so they can talk. She added, “He has still explained nothing while calling from multiple numbers and emailing me daily many times.” 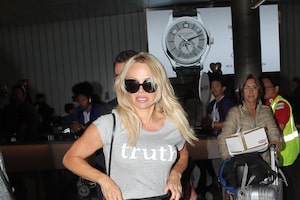 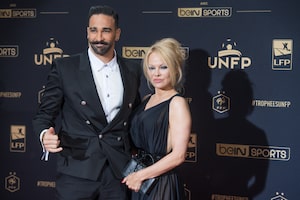 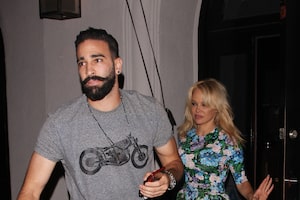