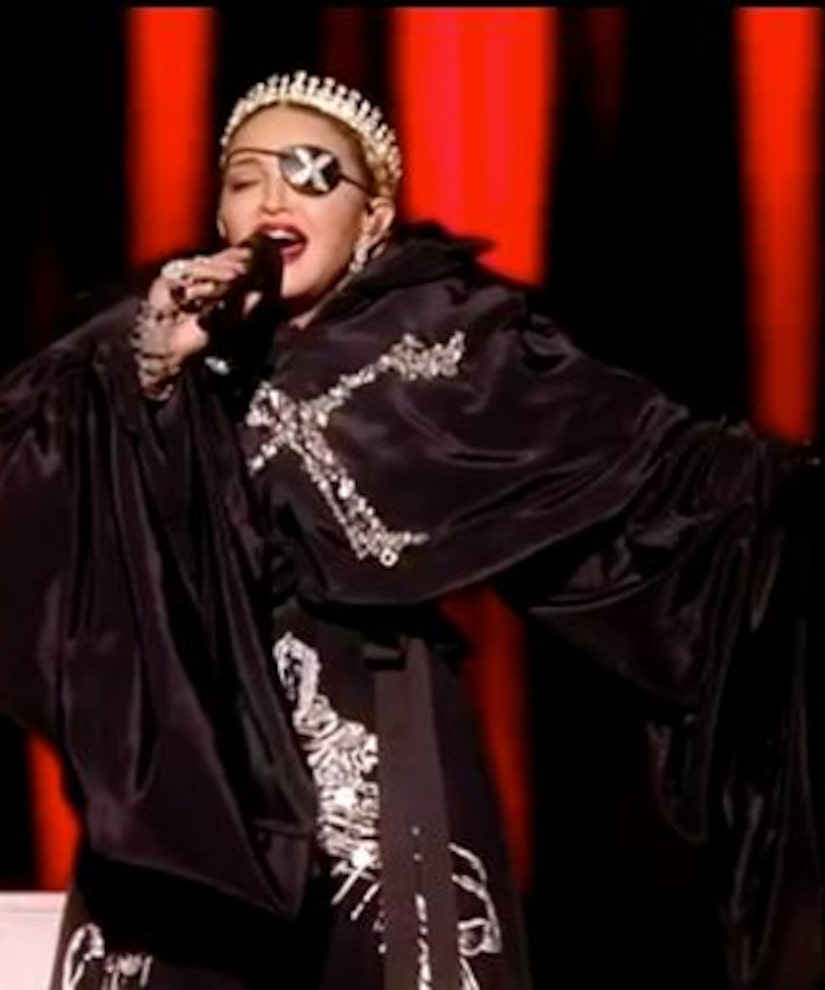 Madonna capped off the annual Eurovision Song Contest in Tel Aviv Saturday evening with performances of her classic hit "Like a Prayer," a snippet of the song "Dark Ballet," and a duet with Quavo on "Future," the latter two from her June 14 release "Madame X."

Though fans were initially distracted by her Jean Paul Gaultier-designed medieval look — she said it was Joan of Arc-inspired, while many viewers and actor Pilou Asbaek thought it was more "Game of Thrones" — her inclusion of a Palestinian flag caused enough controversy that the show issued an explanation to viewers.

God damn...Madonna went with the look I should have gone with on #GameOfThrones pic.twitter.com/cBLulAOacN

"In the live broadcast of the Eurovision Song Contest Grand Final," a statement read, "two of Madonna's dancers briefly displayed the Israeli and Palestinian flags on the back of their outfits. This element of the performance was not part of the rehearsals which had been cleared with the EBU and the Host Broadcaster, KAN. The Eurovision Song Contest is a non-political event and Madonna had been made aware of this."

After agreeing to perform on the telecast over the objections of pro-Palestinian activists, Madonna was slurred as a "prostitute" by Primal Scream's Bobby Gillespie and pressured to drop out. She responded by saying, "I'll never stop playing music to suit someone's political agenda, nor will I stop speaking out against violations of human rights wherever in the world they may be."

Her decision to incorporate the flags into the performance, which reportedly cost her $1 million and for which she received no fee, seemed to reflect a sentiment she expressed in a brief pre-show interview: "Let's never underestimate the power of music to bring people together."

According to Variety, an insider said Madonna's use of the flags was "meant as a message of peace."

Her performance ended with the words "WAKE UP" projected behind her and Quavo, with the two dramatically falling backward off their elaborate set as planned.

Prior to her darkly staged, controversial set, Madonna was gracious to the 26 acts competing in the contest, telling them, "You're all winners. To get where you are right now is not easy... You've earned your way." She went on to say, "That makes you a winner no matter what happens."

Everyone was a winner, but the top vote-getter was Duncan Laurence of the Netherlands, whose "Arcade" had been heavily favored to win.

The Eurovision Song Contest has been held annually since 1956, with over 50 countries eligible to compete. 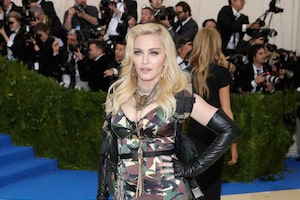 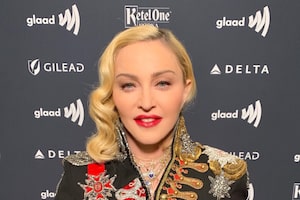 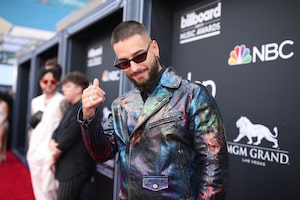