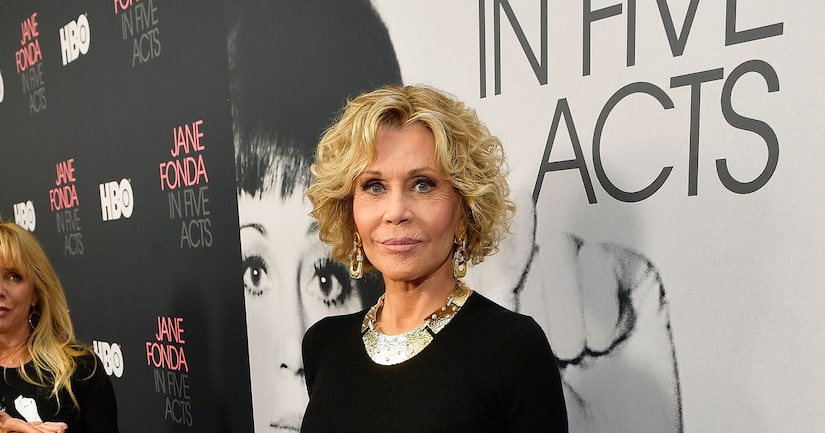 The documentary drew on 21 hours of interviews with Fonda, who opened up about her three marriages, her long struggle with an eating disorder, and her life prior to becoming a peace activist. She pointed out that it also features “archival film and other things that I had never seen before.”

Jane's son Troy Garity emphasized, “I think a lot of people know my mom in certain categories of her life — working out, the actress, the social activist — and the film is really how they all intersect.”

As for how her late father, Oscar winner Henry Fonda, would react to the documentary, Jane said, “I think he'd be kind of overwhelmed by it. He was somebody that played it real close to the chest. He is not someone that really ever wanted to express and expose his emotions. I think he would probably be as puzzled about who his daughter was as he was when he was alive… I think he would be proud of me.”

On a lighter note, Jane recently signed up to star with longtime pals Lily Tomlin and Dolly Parton in the sequel to their hit "9 to 5,” nearly 40 years after the original was released! She said, “It's being written. I never know how it's going to turn out. Fingers crossed.”

The 80-year-old also weighed in on how #MeToo and TIME'S UP have changed the Hollywood workplace. She commented, “I feel that there's change... There's a lot of work still to do. You know, it's one thing for people to come forward and tell their experiences, it's another to figure out what are the structural changes that need to be made... I've been working hard on that across sectors — not just in movies, but domestic workers, hotel workers, farm workers, office workers.” 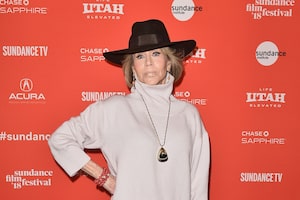 Jane Fonda Opens Up About Her Health 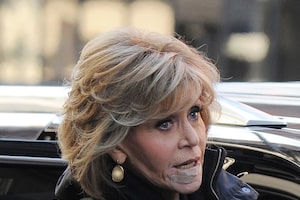 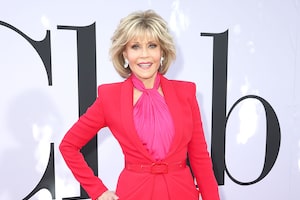