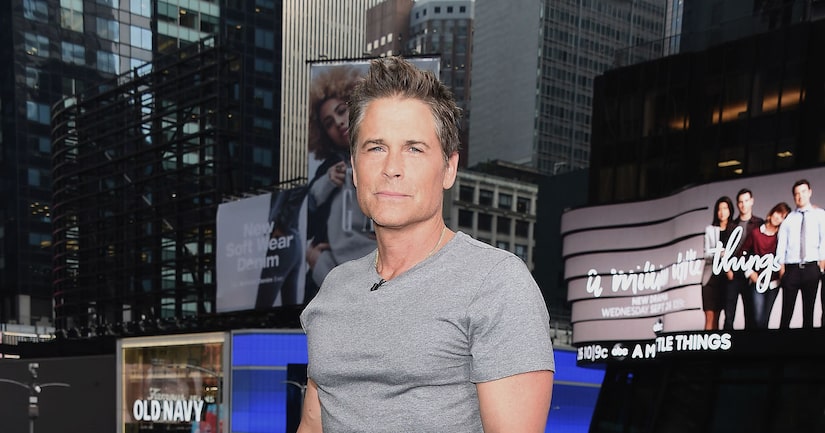 Actor Rob Lowe is making his directorial debut with a remake of “The Bad Seed.”

At "Extra's" studio at the Hard Rock Cafe in Times Square, AJ Calloway spoke with Lowe about taking on the classic and about his healthy lifestyle.

Rob is looking good and feeling good. Of his healthy lifestyle, the 54-year-old revealed, “I'm just trying to eat right, I'm active as hell, I've been working with Atkins… It's that Atkins low-carb [diet] for sure... I just find it gives me energy. I need energy — I have a lot going on… If I'm pounding the pizza, it's not good.”

He still does indulge sometimes, admitting, “Listen, I'm in New York, I'm having a cheat day when we are done here.”

As for why he chose to remake "The Bad Seed,” Rob explained, “I wanted to direct it because I had a very specific vision of how I wanted it to be. I wanted it to be very real, very intense, with just crushing tension, and I'm really proud how it turned out.”

Rob also revealed, “Well, listen, 'The Bad Seed' has become a cultural thing. People say, 'Oh, that person is a bad seed.' It comes from the movie. It's the original perfect-child-on-the-outside-who-is-evil-on-the-inside [story], so this is really a story about a dad's love for his seemingly perfect daughter who we know is the bad seed.”

Lowe, who is a fan of the original, also dished on what was difficult about directing the remake, saying, “The challenge was how do you make it relevant for today's era?"

Along with changing the characters, Rob commented, "Now you have dad and daughter, and the minute you change that, everything changes, because it's daddy's little girl.” 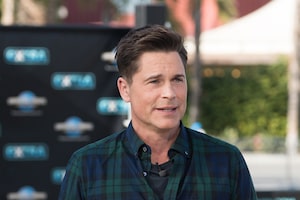 Rob Lowe on the Mudslides That Rocked His California Community 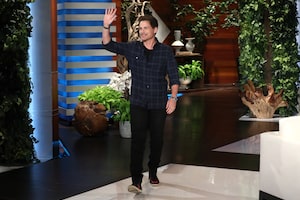 Rob Lowe Gives Update on Montecito Mudslides, Plus: How You Can Help 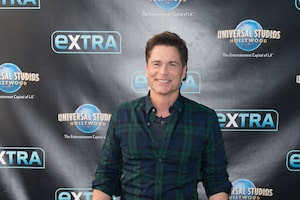 Rob Lowe on His Upcoming Netflix Movie, 'Christmas in the Wild'