Reunited and it feels so good! Former “90210” co-stars Shenae Grimes-Beech and Annalynne McCord were hanging poolside this week and shared two photos from the meetup on Instagram.

Shenae, 28, was sporting a black bikini while showing off her growing baby bump. In one pic she's smiling brightly, and in the other she looks mock concerned. McCord, 31, was right beside her in a two-piece, and pink retro sunglasses, pretending to meditate in the first image, and offering a smirk-like smile in the second.

Shenae, who is expecting a baby girl with husband Josh, jokingly wrote, “Buddha and Barbie #instagramvsreality.”

The actresses have known each other for 10 years, but haven't always been so chummy. Back in February, McCord revealed to Wendy Williams that she and Shenae were “at each other's throats” while shooting all five seasons of “90210.”

That's all behind them now, and McCord announced on Instagram that she will be the godmother to Grimes-Beech's baby. 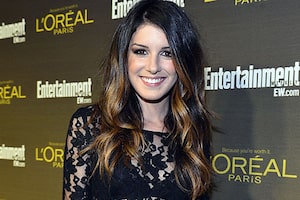 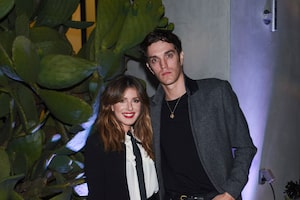 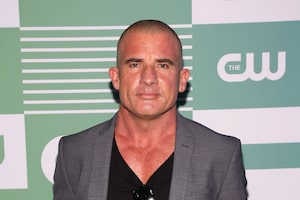