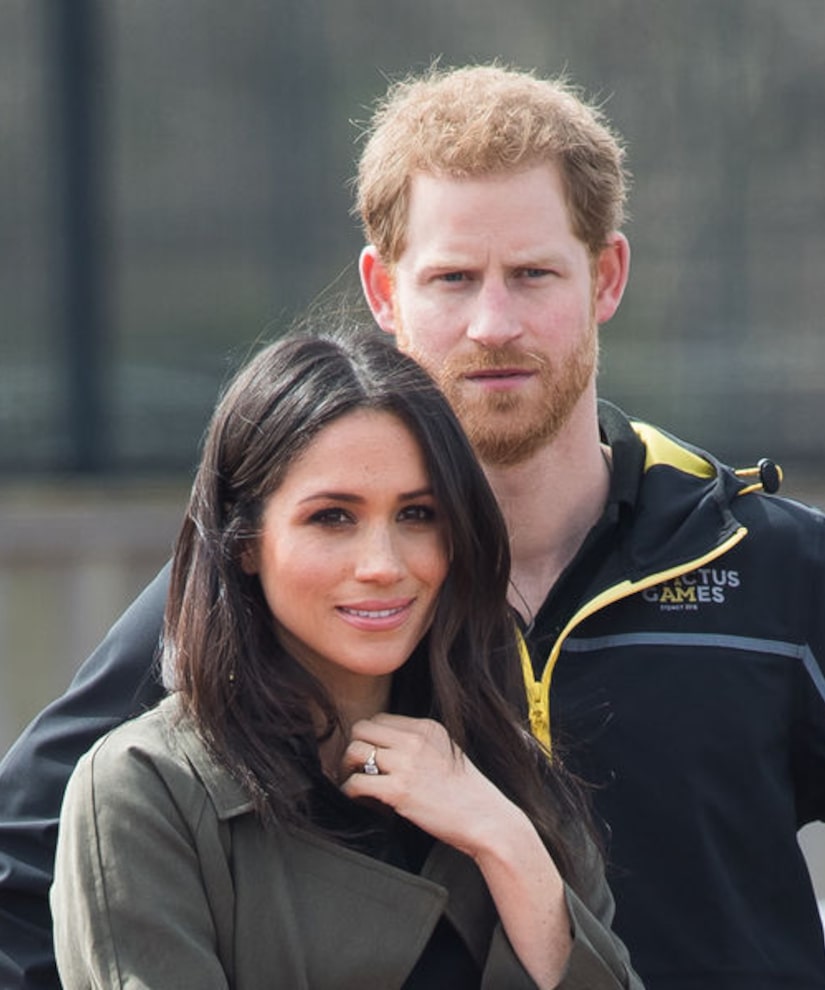 A week out from their historic nuptials on May 19, Prince Harry and his betrothed Meghan Markle are finding out they'll receive what People magazine is calling "the ultimate seal of approval" from Queen Elizabeth!

On Saturday, Buckingham Palace released images of the Instrument of Consent, a document that officially records the Queen's consent, something she gave the couple in a private, ceremonial meeting before the Privy Council on March 14.

Because Harry is sixth in line to the throne, he must receive official permission from the Queen before marrying. 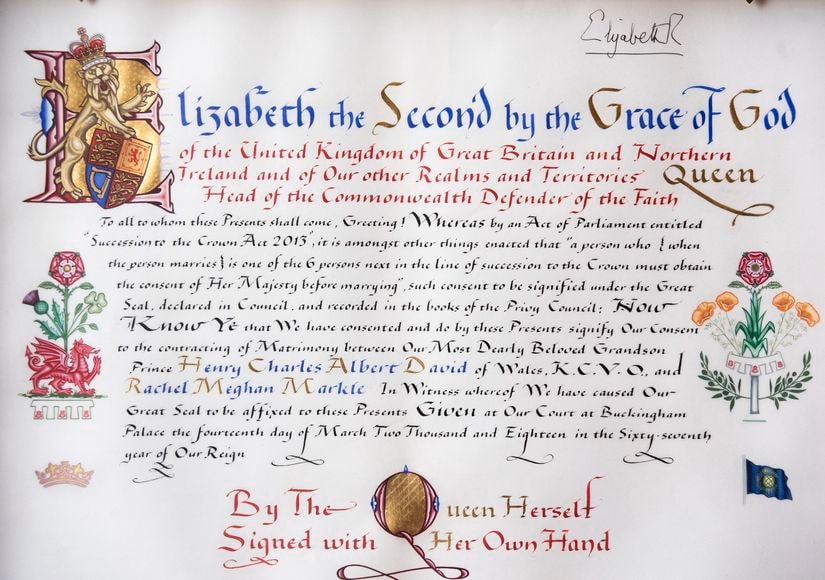 Getty Images
Not exactly something one asks for in one's registry...

The document refers to Harry as the Queen's "dearly beloved grandson," and is adorned with many hand-drawn symbols, including the rose (to symbolize Markle's American heritage), golden poppies (a nod to her home state of California), and Prince Harry's label.

Elizabeth signed the document at the top, on the right. It will be transferred to the couple some time after their hotly anticipated "I dos."