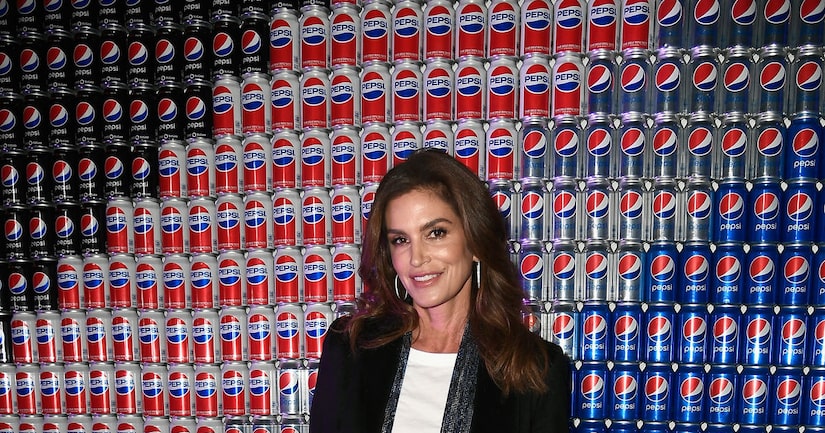 Supermodel Cindy Crawford celebrated her midwestern roots and an updating of her famous 1992 Pepsi commercial at the Super Bowl.

“Extra's” AJ Calloway was with Crawford and her 18-year-old son Presley Gerber as their 2018 Super Bowl Pepsi commercial debuted. Crawford said Gerber “gave it 100%” in the 30-second spot.

Presley revealed that it still hasn't hit him that his mother is an icon, admitting, “I don't think I've still realized that. She's still my mom."

But what does Cindy think of her son following in her footsteps and becoming a model? She replied, “Kids. They look to what their parents do. That's their normal. So for us, this is my kids' normal.”

Crawford also gave an update on how her friend George Clooney and his kids, twins Ella and Alexander, are doing. She shared, “The kids are getting bigger… He really is a hands-on dad. It's great to see.”

When AJ commented on George's diaper duties, Cindy smiled, admitting, “I haven't personally seen it, but he does brag about it.”

Cindy made the Super Bowl it a family affair, saying, “My dad lives here. He's with us tonight. And I'm from the Midwest.”