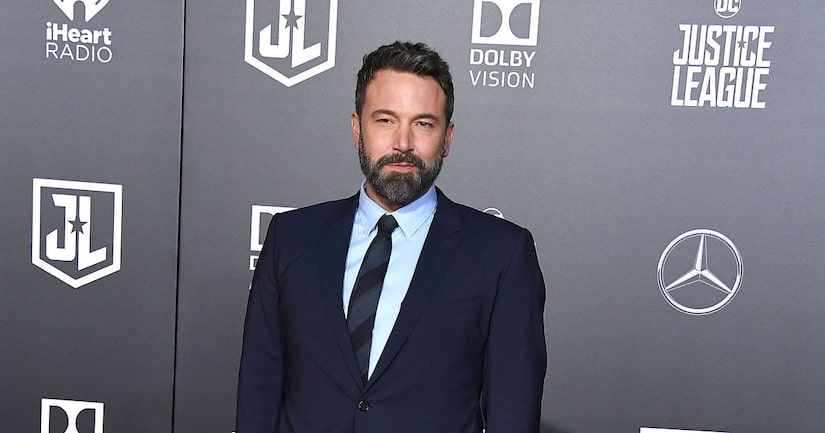 It was a big night for Batman, Ben Affleck, at the premiere of the new “Justice League” movie, with his Batmobile front and center on the red carpet!

Ben spoke with “Extra's” Mario Lopez, who was geeking out over the Batmobile. When Mario told Ben that he took a lot of photos with the Batmobile, Ben quipped, “Oh, really? I like to drive to work.”

Affleck is hard at work promoting the movie, but he'll be with his kids next week for the Thanksgiving holiday. He shared, “Family. We're all gonna have Thanksgiving together…We'll go down and see Matt [Damon] and his family and have a nice time.”

The 45-year-old also opened up about slipping into the Batman suit again for another movie, saying, “It makes you feel like a superhero. It is very hot… Harder to do fights in that than when you rehearse them in your regular clothes.”

Ben, who has worn the suit at his son Samuel's birthday party, revealed that Samuel and his sisters Violet and Seraphina haven't seen the movie yet, “My kids have not seen the movie. I'd like to take them to a regular theater at some point.”

Watch all our "Justice League" interviews below. 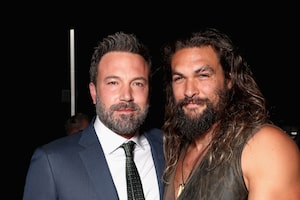 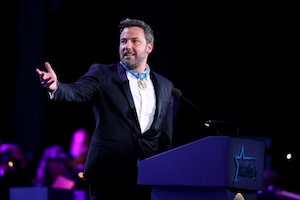 Ben Affleck Apologizes for His Inappropriate Behavior Toward Hilarie Burton 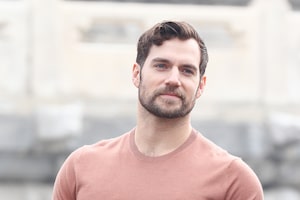 Henry Cavill Teases ‘Justice League’ — How Will Superman Fit Into the Movie?