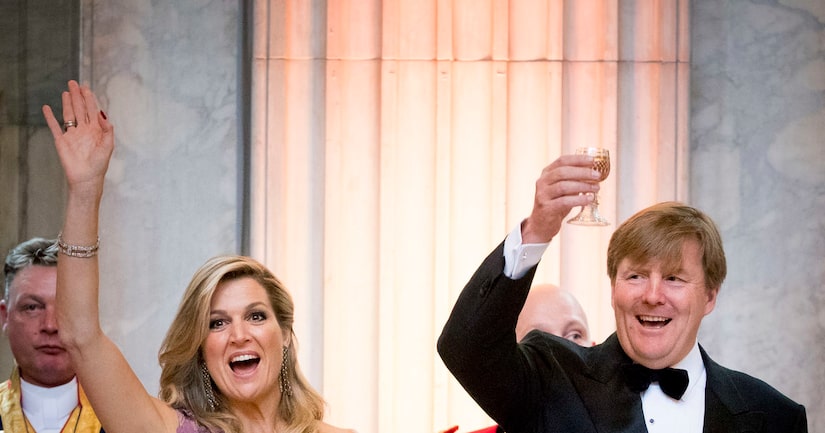 It turns out King Willem-Alexander has been leading a double life for the past 21 years!

The King of the Netherlands recently told the Dutch newspaper De Telegraaf that he has been secretly working as a KLM Airlines co-pilot.

Willem-Alexander revealed that for the most part he has gone unnoticed for more than two decades, even as he strolls through the airport in his pilot's uniform. His passengers haven't recognized his voice either, as he makes inflight announcements, "The advantage is that I can always say I am speaking on behalf of the captain and crew to welcome them on board, so I don't have to say my name. But then, most people don't listen anyway."

The royal gushed about his twice-monthly second career, saying, "I find flying simply fantastic. You can't take your problems with you off the ground. You can completely switch off for a while and focus on something else. That, for me, is the most relaxing part of flying."

So why go public now? It is perhaps that some training he must undergo in order to fly the airline's new Boeing 737s requires that his identity be made public, or would somehow expose his identity. Unfazed, the King said, "It also seemed nice to fly to other destinations one day, with more passengers and bigger distances. That was the real motive for training on the 737.”