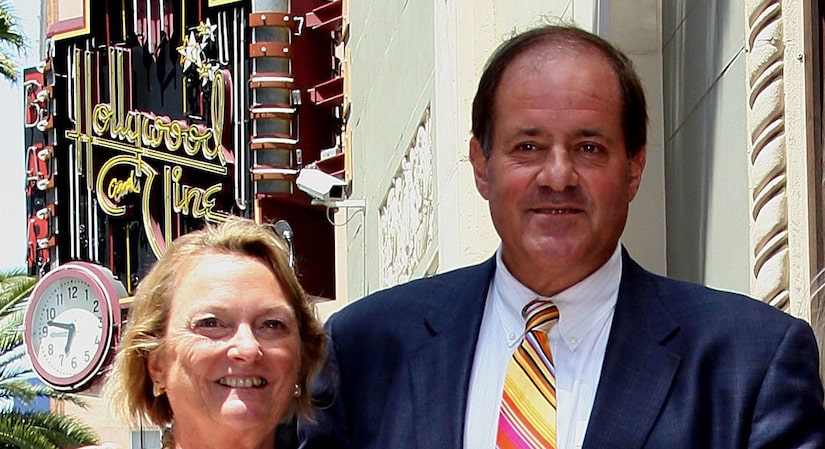 ESPN sportscaster Chris Berman is facing a family tragedy after his wife Katherine Ann died in a Connecticut car accident on Tuesday afternoon.

Along with Ann, Edward Bertulis — the driver of the other car — was also killed in the fatal collision in Woodbury, the Hartford Courant reports. The authorities are reportedly investigating the possibility that Bertulis may have been struggling with a medical emergency before the accident.

In the police report obtained by TMZ, Katherine's 2003 Lexus veered off the roadway, down an embankment and “overturned" in a body of water after slamming into Bertulis' car, which ended up colliding with a utility pole before landing on its roof. Both cars were totaled.

NBC Connecticut also has footage from the scene of the crash. Watch the video here.

At the time of the crash, Chris was at the Mets-Giants game at Citi Field. He was notified of Ann's death by the NYPD.

Following the sad news, ESPN president John Skipper released a statement: "Chris is beloved by all his ESPN colleagues and for good reason: he has a huge heart and has given so much to so many over the years. We know how much his family means to him and all we can do at a moment like this is give him the love and support he will surely need at this hour. Our thoughts and prayers are with Chris, Meredith, Doug and the entire family.”