Model Kendall Jenner is not letting her recent Pepsi controversy get the best of her!

On Saturday, Kendall took to Instagram to show off her topless body while "playing dress up."

In the sexy mirror selfie, Jenner put all the focus on her ensemble since her face is mostly covered by her phone. In the pic, she is wearing high boots, skinny jeans, and a fedora.

On the same day, Kylie also posted a jaw-dropping photo, which showed off some serious underboob.

The photo came a day after Kylie called out the "photoshop police" in a Snapchat video. To prove that she doesn't digital alter her body, she said, "So, this is like my selfie mirror and my Snapchat mirror. So for future, this is a curtain hanging that looks crooked."

Kylie recently sparked Photoshop rumors after posting an Instagram, which drew attention to her voluptuous hips and thin waist. One Instagram user wrote, "I like how the wall is bent from her making her hips wider." 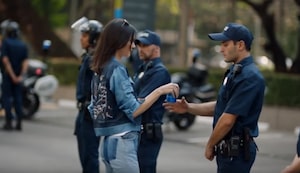 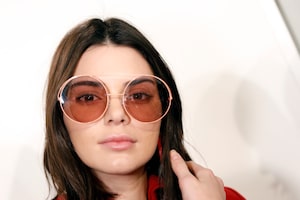 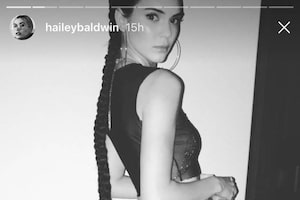