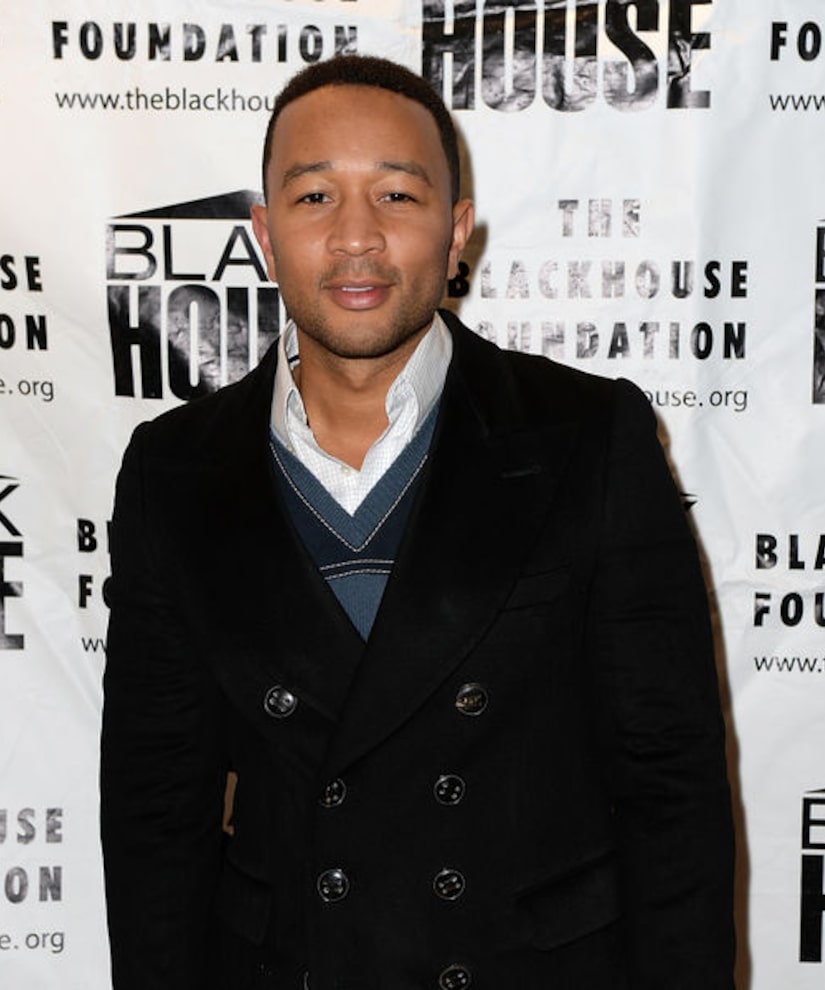 John Legend is busier than ever!

Currently appearing in a supporting role in Oscar favorite “La La Land,” the singer's music is featured in a new LIFEWTR ad airing during the Super Bowl, and he is working on music for Disney's upcoming live-action “Beauty and the Beast” movie.

With so many positive things going on, Legend wanted to get something negative out of the way when “Extra's” Tracey Edmonds sat down with him today — Legend addressed a recent racist joke made about him by a paparazzo after he and his wife Chrissy Teigen landed at JFK Airport.

John explained, “It was kind of surreal because he made this joke, basically insinuating that I was a monkey. As anyone black knows, we've dealt with that slur of us being called monkeys as a way of dehumanizing us and justifying racism, and he made a joke about it.”

He continued, "I think his intent was to try and get me to react on camera 'cause he had a video camera out and thought he could get me to react angrily and get some footage that he could sell, but we didn't act angrily. We just got in the car and said, 'Did he just say what I think he said?' It's nasty to make a joke like that, but I try not to let it hurt me.”

The 10-time Grammy winner broke news with “Extra" on one of his upcoming projects, music he's working on for the live-action version of “Beauty and the Beast.” Legend and Ariana Grande perform the title track — originally sung by Céline Dion and Peabo Bryson — the video of which he said they just shot Wednesday. “I'm excited for everyone to see it,” he said. “It's a beautiful video, and we tried to remake the song that honored the original, but put our own take on it, too.”

The 38-year-old and his wife are both politically active and were big supporters of Hillary Clinton. Both took part in the women's marches last week, John at Sundance and Chrissy in D.C.

When speaking about why he was involved, the “Love Me Now” singer said, “We both wanted to stand up for women's rights, but also for those who are worried their rights will be compromised with the current administration.”

Reflecting on his experience at the Park City rally, Legend said, “It was beautiful. It was beautiful seeing everyone come together, different backgrounds. Hopefully, Trump will try to govern for the whole country and not just those that voted for him." 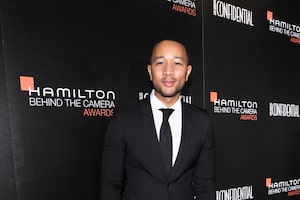 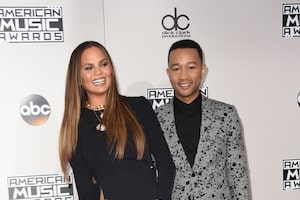 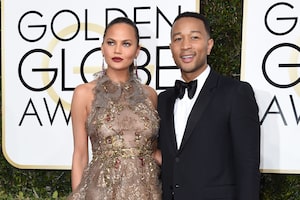