Just days after her trip to Dubai, Kim Kardashian is continuing to slowly return to the spotlight.

On Monday, Kardashian and sis Kendall Jenner were spotted shooting their cameos in the upcoming film “Ocean's Eight” in NYC. The two were dressed in elaborate lace gowns while walking the red carpet at what appears to be a fake Met Gala scene. 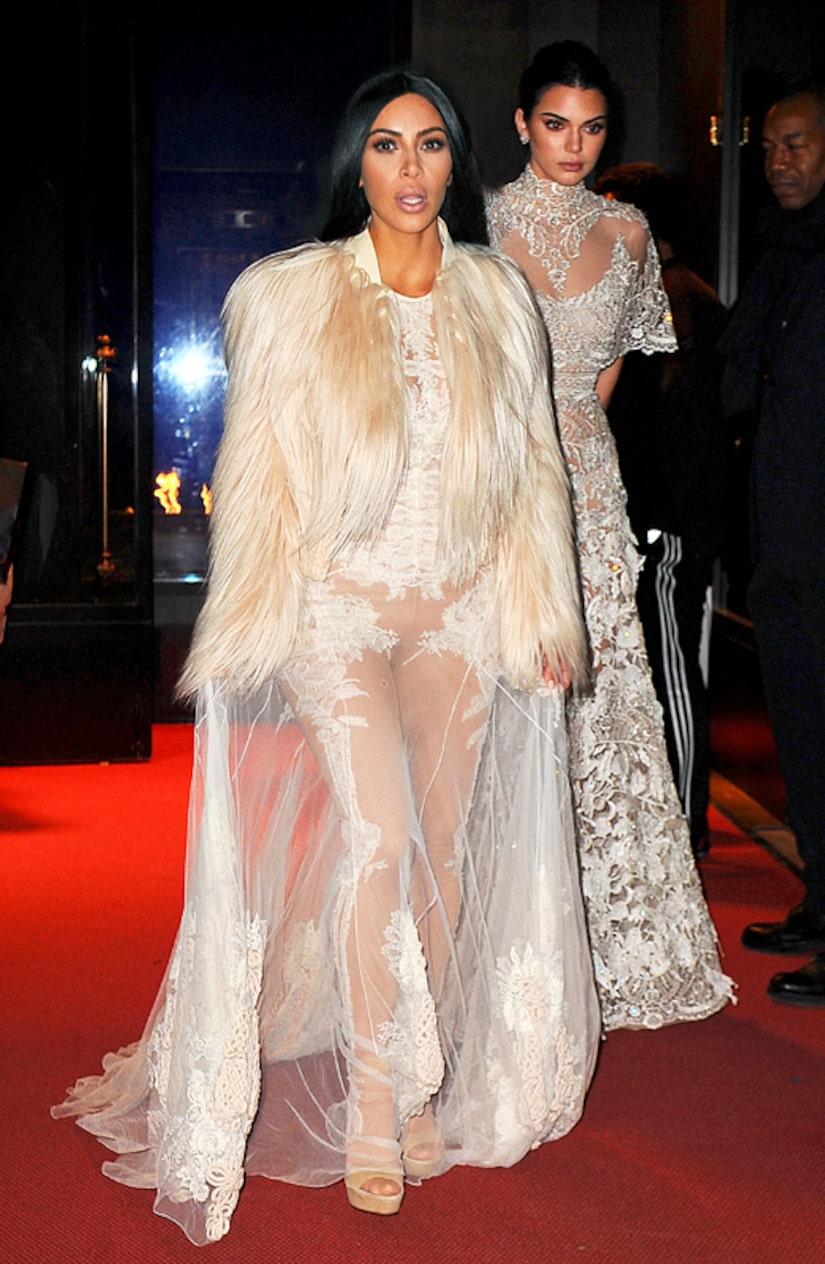 In a video on Snapchat, Kardashian revealed that she was wearing Givenchy.

While Kardashian was shooting the scenes for the movie, Paris authorities continued the investigation on her October robbery. Her chilling account of what happened when four robbers came to her room and stole $5 million in jewelry recently surfaced. In the police document, she said, "And, it was this time, they tied me up with plastic cables and taped my hands, then they put tape over my mouth and my legs.”

In total, 17 people have so far been arrested by French police in connection with the robbery, with 10 already formally charged.