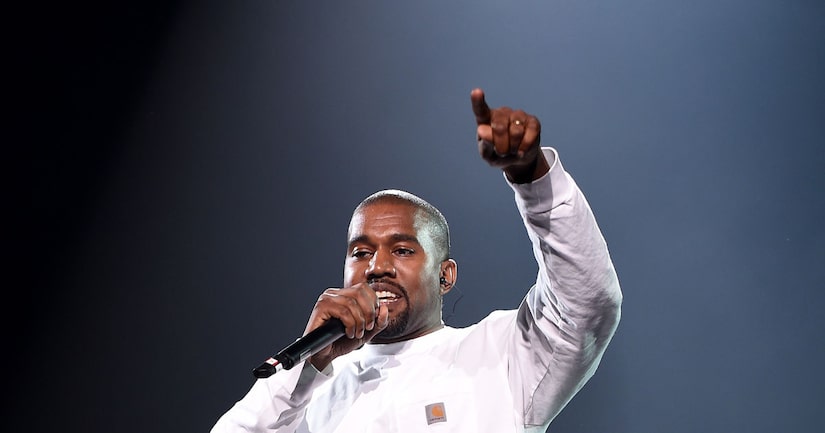 One week after he was admitted to UCLA Medical Center, rapper Kanye West is still in the hospital… but have his kids visited him?

Though Kanye's wife Kim Kardashian is there, their two children, North and Saint, have not seen Kanye since his hospitalization. A source close to the family shared with People magazine, "She is very worried about the kids being around Kanye."

A source added, "He's still there because clearly he's not doing well.”

The insider elaborated on Kanye's well-being, saying that he has "big ups and big downs, but this bout seems to be much more serious. In the hospital he has been very paranoid and is under constant watch for his safety.”

Kardashian jetted back to Los Angeles immediately after news broke about his hospitalization and has been by his side throughout the ordeal. A close family friend shared, "She says he has yet to be diagnosed, but she uses words like paranoia and explained that Kanye thinks everyone is out to get him. The only person Kanye trusts is Kim.”

Though she has barely moved on from her Paris robbery, Kardashian is already taking on a very supportive role with West. The pal continued, “Kim does spend hours with Kanye every day. She says that Kanye is on many different medications and that his doctors are figuring out proper doses. Kim says that not much has changed since he was admitted and that his doctors seem concerned.”

Despite Kanye's hospitalization drama, the “Keeping Up with the Kardashians” cameras have not stopped rolling. The show's spokesperson told Buzzfeed, "#KUWTK is currently in production and has not been halted."

Production was shut down last month after Kim was robbed at gunpoint in Paris. It resumed just weeks ago.