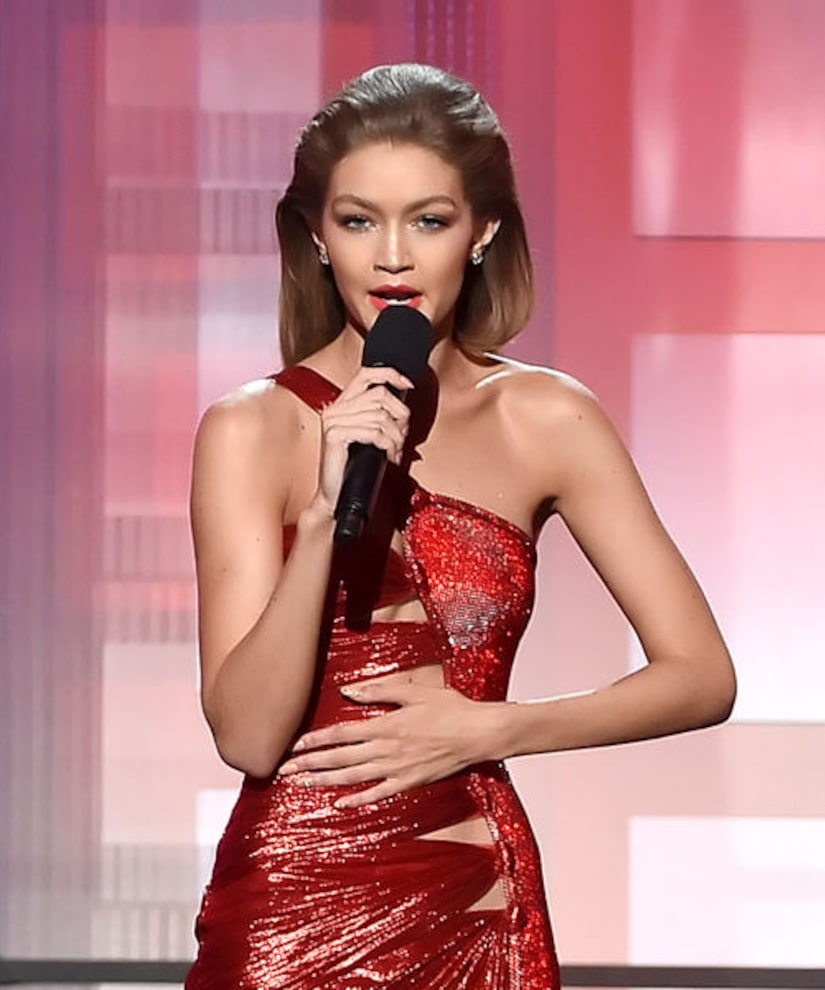 Gigi Hadid and Jay Pharoah hosted Sunday's American Music Awards, but they didn't keep their comedic interludes strictly about the world of music!

At the top of the show, EW reports that Gigi, looking stunning in red, offered her impression of Melania Trump, the next first lady of the U.S. Before launching into her take on Melania's distinctive Slovenian accent, she said she had to "get the face right," turning away before presenting a puckered pout.

"I love my husband, President Barack Obama, and our children, Sasha and Malia," she said, poking fun at Melania plagiarizing a speech of Michelle Obama's at this summer's Republican National Convention.

Pharoah, as Trump, declared his favorite artist to be Bruno Mars, because "I don't know what color he is so I can't deport him. He looks like Mowgli from 'The Jungle Book.'" He went on to joke of Mars's "Uptown Funk," "I'm going to funk this country up bigly."