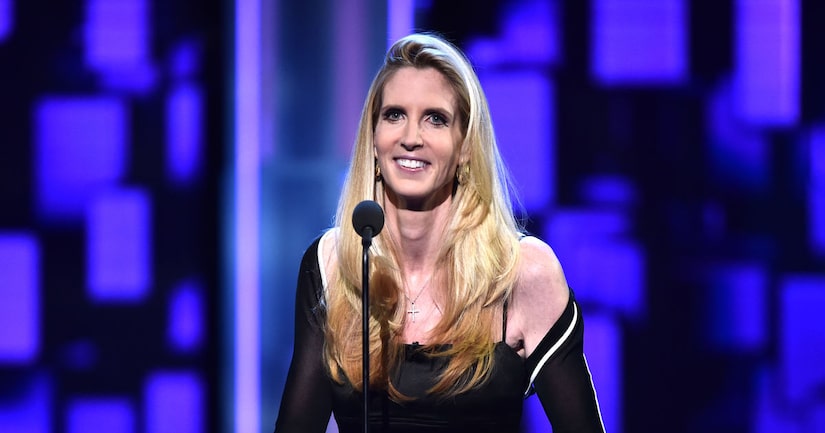 Ann Coulter, conservative commentator and author of the book “In Trump We Trust,” is breaking down the final campaign blitz. Ann sat down with “Extra” to weigh in on today's big political headline, concerning Melania Trump's cyberbullying speech.

Many are wondering how Melania can combat that, since they believe her husband is the leader of the cyberbullying pack. Ann commented, “It's unfair and they are blaming a victim.” She defended Donald, saying, “When he has been slandered unfairly and attacked, ya, he punches back. I don't think Trump is a bully, he fights back, he punches twice as hard, but you have to if you're going to fight against the ruling class.”

Coulter predicts that Trump will win on Tuesday night, commenting, “More likely than not.” As for why she supports Trump with such passion, she explained, “Issues, issues, issues. He wins on the issues, that's why he keeps being attacked on his personal baggage, but nobody is voting for Trump the man.”

Coulter revealed that her book sheds light on new information surrounding Trump, who she argued "always cared about working class Americans.” As for why she wrote the book, she said, “He's come under unprecedented attack and hasn't backed down… His whole platform, it's almost like he is cheating, he's not really a Republican or a Democrat, he just looks at the issue and takes the position that is most popular."

The 54-year-old also opened up about the epic Rob Lowe roast for Comedy Central, where many jokes ended up on her and not him. “It was the best advertising I got for my book. I got way more advertising out of it, more publicity than Rob Lowe did, before it even ran a week later.” She smiled, “Having sat through myself being called the C word 19 times, now I can say anything.”