“Modern Family” actress Sarah Hyland took to Instagram to show off the new, meaningful ink on her torso.

Hyland also flashed some sideboob while revealing her “follow my heartbeat” tattoo. She wrote, "Got this tattoo by the amazing @_drwoo this past January but since it's been exactly 2 years since I was with my #hairtribe at the #hollywoodbowl I figured it would be nice to finally post it.”

The tattoo was a tribute to “Hair,” which features the famous line, "Where do I go? Follow my heartbeat.” She also showed some love for director Adam Shankman, who worked with her on the show in August 2014. Hyland said, "Thank you @adamshankman for changing my life and helping me know that all I need is within me. #selflove.”

Shortly after her run with “Hair,” Hyland ended her five-year relationship with boyfriend Matt Prokop, who she met during the “High School Musical 3” auditions. She eventually requested a restraining order against Prokop, who allegedly choked her during the relationship. After the order was granted, she told Meredith Vieira, "People have to go through things in order to become the person they are today, and that's that." Watch! 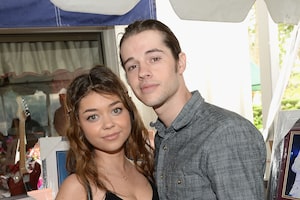 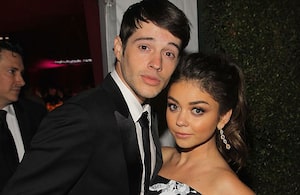 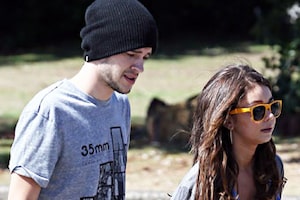