Over the weekend, superstar Mariah Carey was honored at the 27th Annual GLAAD Media Awards, where she received the Ally Award, Her fiancé, billionaire James Packer, was by her side every step of the way, even crashing her exclusive sit-down with “Extra’s” AJ Calloway before they hit the red carpet together.

Flew back into NYC and right back to work, with a one on one with @MariahCarey who is being honored tonight at the #GLAADAwards look out for the interview on @extratv a lot was covered from her return to Vegas to her new documentary only on #EXTRATV

Mariah, who sported her 35-carat ring that Packer gave her in January, revealed she is in the planning phase of the nuptials, but did not divulge what she has in mind. When AJ asked, “Are we planning anything yet?” Mariah coyly responded, “Yes we are, but you're not involved in the planning, so I'll call you.” AJ even offered to help, saying, “I'll throw a party!”

In the midst of the wedding planning, Mariah just wrapped up a European tour. “I’m eternally jet-lagged… It was great, it was fun, amazing fans.” Carey was on tour when she heard the sad news about Prince’s death. She recalled, “I found out before I was going onstage, so it was like, ‘Gasp, how do I handle this?' You know he never liked people doing his songs and I didn't know that before I remade 'The Beautiful Ones' years ago and then he was like, 'I like "Honey"'... and I was like, 'I get it, don't remake your songs.’"

Mimi is getting ready to belt out her hits when she heads back to Las Vegas for her residency "MARIAH #1 TO INFINITY” in June. She shared, “It’s special because people from all over the world come there.” Mariah hinted she may have some special guests at the show, which will definitely have a bunch of costume changes, saying, “As many as I can figure out what we're doing with them.”

The 46-year-old is also shooting a six-part docuseries set to air on E!. "It was all figuring out the tour from the beginning.” She teased we'll will see “a lot of sagas” and “kind of a lot,” but not everything about her life. She admitted, “When they come in and I'm starting to undress from the show, I'm kind of like, ‘This is — too much!' You need to cut it at that point.” Watch the official trailer of the docuseries below!

Aside from her music, Mariah is busy co-parenting her twins Monroe and Moroccan with her ex, Nick Cannon, with whom she reunited on Mother’s Day. “We had a nice little Mother’s Day gathering. It was cute.”

Speaking of her babies, the Grammy-winning singer told AJ, “[They’re] doing great.” Though the twins have been joining her onstage at her shows, she is not sure they’ll follow in her footsteps. Mariah said, “They’re their own people, they have their own very distinct personalities.”

Carey went on, “They’re stars to me, but if they want to do something else, Rocky loves making potions and being a scientist and stuff like that and Miss Monroe is pretty much, she likes to be onstage, but she’s still shy.” 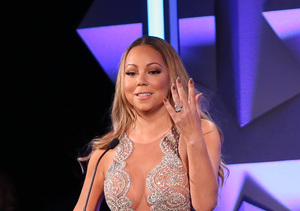 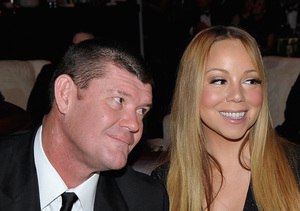 The Wedding Will Be Televised 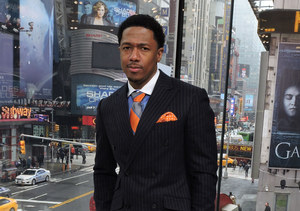 Naya Rivera’s Cause of Death Revealed 5

Vivica A. Fox Talks Possible ‘Empire’ Finale, Plus: Those Zendaya… 7

Naya Rivera’s Ex, Ryan Dorsey, Reunites with Son, Had 'No Idea' She…