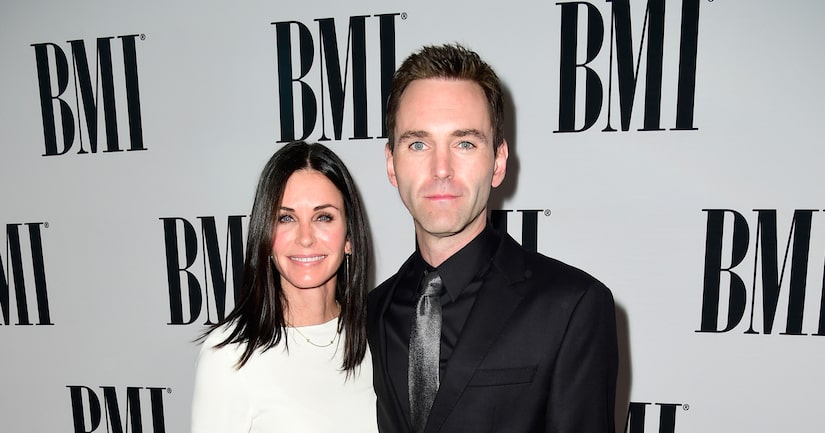 Last night, Courteney Cox and Johnny McDaid made their first public appearance together since their reconciliation, attending the BMI Pop Awards, where the Snow Patrol musician was being honored.

After calling off their engagement in December, the couple put their love on display while chatting with “Extra's” Renee Bargh. Courteney gushed about her man, "I'm really proud. He's such a talented writer and musician and artist —all of it. He deserves it, obviously.”

The duo, grinning ear-to-ear, even cracked jokes when asked if they enjoy nights out like at the awards show. Johnny said, “This is what we wear every day… This is what we normally look like. We were just walking back from a pool.”

What isn't a joke is their connection with Taylor Swift, who was given the Taylor Swift Award at the event. Johnny revealed, “We were actually with Taylor the day we met.” Courteney added, “She came over to my house; so did Johnny, the same night. On Sundays, I have people over, and we have a mutual friend who introduced us, brought Taylor over and Johnny and Gary (Lightbody), and that's how we met.”

Courteney continued about Taylor, “I've been to her concerts, separate of knowing her and having her over. I'm a big fan.”

Johnny was happy to spend the night, not only with Courteney, but amongst the music industry. "It means a lot to just get together with people that make music and just celebrate making music,” he said. "I don't really think of the award as an award.” 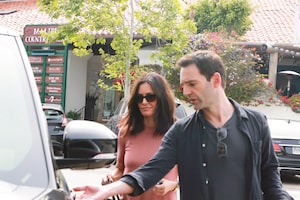 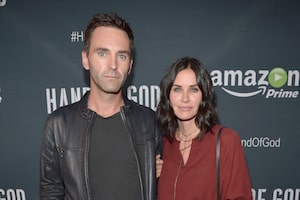 Courteney Cox & Johnny McDaid’s Wedding Is Reportedly Back On