UPDATE: Meghan Trainor has just dropped the unaltered version of her "Me Too" music video. Watch!

On Monday, singer Meghan Trainor released her new music video for “Me Too,” but, hours later, she pulled it for Photoshopping reasons.

She noticed her body in the video was digitally edited to make her waist appear smaller. She took to Snapchat to tell fans, "Hey guys, I took down the ‘Me Too’ video because they Photoshopped the crap out of me and I’m so sick of it and I’m over it, so I took it down until they fix it." Watch!

She added, “My waist is not that teeny, I had a bomb waist that night, I don’t know why they didn’t like my waist, but I didn’t approve that video and it went out for the world so I’m embarrassed. I told them to fix it ASAP Rocky. So I hope they fix it for me and I am sorry about this.”

The real #metoo video is finally up! Missed that bass. Thank you everyone for the support 💙

That evening, Trainor appeared on Andy Cohen's show "Watch What Happens Live!" to address the controversy. She said, "Bring the cameras back to this beautiful waist. I was so upset because I thought the fans were doing it online when they were screenshotting it, I was like, 'What’s going on?' Then I saw my video, I was like, 'Oh, my God. It’s my own video.' And I called the gods of Vevo and I said, ‘Take that down now.’” Watch!

In a separate interview with USA Today, she admitted, "I screamed in my hotel room. I was like, ‘Why would they do this?’ I cried. I had to try not to cry because I had my (makeup) done, and was like, ‘Don’t ruin this. Go work and ignore it,’ but I couldn’t help it.“

A new version of the music video will be released later today, so stay tuned! 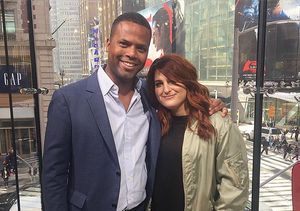 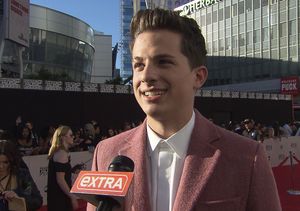 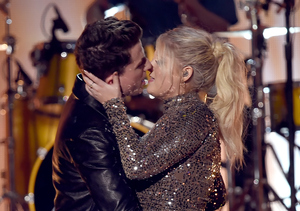