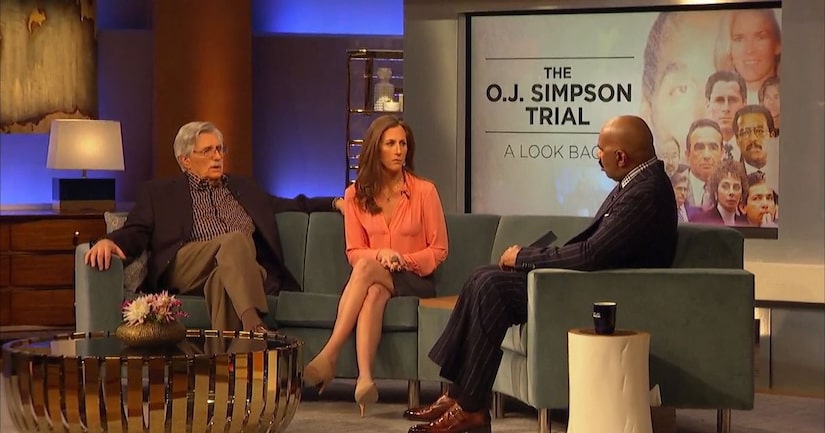 America's fascination with the O.J. Simpson trial has been revived with the hit FX series “The People v. O.J Simpson: American Crime Story,” but not everyone approves.

Only “Extra” was behind at the scenes at a “Steve Harvey” taping in Chicago for his upcoming episode with Ron Goldman's father Fred and sister Kim, and Kato Kaelin, who shared their reactions to the show.

The Goldman family is watching the show. Kim told “Extra,” “We are watching the FX special, not because it's something that either of us would be interested in or enjoy, but because we feel we have to.”

Fred added, “To get a sense of how much is accurate and how much not.”

Kim also revealed why she is frustrated with the series. “There are a lot of places where things were left out of the show, but then there are places where there's an incredible amount of creative license added or liberties taken, and I'm just sort of frustrated watching it.”

Fred is troubled by what he has seen, “So far, Ron and Nicole are footnotes; they were nothing more than dead bodies at the beginning of the show. Their presence, so to speak, is zero so far.”

One thing Fred is not concerned about — what O.J. thinks of the miniseries. “Frankly, I couldn't care less what he thinks about anything… I'm sure he likes it if he saw himself 'cause he was quite involved in himself, so he would undoubtedly like seeing himself on TV and probably yelling, 'That is not me!'”

Fred continued, “He's behind bars, which is where he belongs.”

On what the Goldmans want viewers to remember, Kim shared, “My father and I feel very strongly my brother demonstrated very strongly who he was in the very last seconds of his life when he tried to save his friend.”

Fred chimed in, “He was a hero and lost his life being one.”

Kaelin rose to fame as a witness during the trial after living in Simpson's guest house. He has also been tuning in to the series, but was a bit critical of how he is being portrayed by Billy Magnussen. Kato said, “His choice was that he didn't want to meet me, because he already made his choice of how he wanted to portray me… I get what he did, but how he portrays me is not who I am, but he plays that guy really well.”

Kaelin elaborated, “His role as me is very inaccurate. I am not this spacey guy. I almost compare it to Garth from 'Wayne's World.'”

Kato, who has been writing articles for the New York Daily News about the weekly episodes, explained, “It's really amazing that this trial was really based on emotions and not evidence.” When asked if he thought O.J. committed the murders, Kato responded, “I think O.J. is guilty.”

Steve Harvey also weighed in on the trial of the century, saying, “I also understand why O.J. Simpson was freed, because his attorneys did a very smart thing — they put the system on trial.” 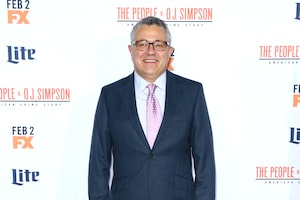 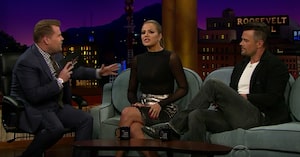