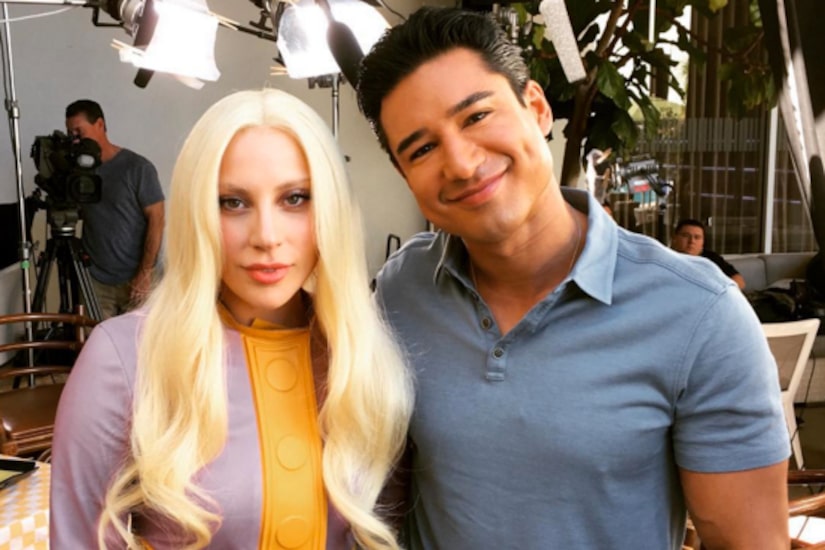 How do you top singing the national anthem at the Super Bowl? If you are Lady Gaga, you attend the annual Oscars nominee luncheon and get ready to perform a tribute to David Bowie at the Grammy Awards.

Gaga was all glammed up on the red carpet at the event for this year's Oscar nominees before slipping into a yellow-and-lavender leather dress for a sit-down with songwriter Diane Warren and “Extra's” Mario Lopez.

The singer opened up about her upcoming tribute to Bowie after his recent death, saying, “It's hard to talk about.” She went on, “I would never be here without him — I would've thought I was too weird — and I never gave up because I thought he was the coolest ever.”

Gaga also talked about the Oscar-nominated song “Til It Happens to You” from the “The Hunting Ground,” that she wrote with Warren.

The song hits close to home for Mother Monster. “It's actually very personal — it's so important to us. We are so grateful that the Academy cares about this issue, because you can't nominate this song without nominating the issue.”

Warren agreed, saying, “That's a good way to put it.”

Gaga will perform the emotional song at the Oscars, which means she will become the first person to have sung at the Super Bowl, the Grammy Awards, and the Oscars in the same year! Diane said of Gaga, “No one deserves it more than this one.”

The superstar also admitted to Mario she was nervous about belting out “The Star-Spangled Banner" at the Super Bowl.

“I was nervous, but I was really excited,” she explained. “Those athletes were just so in the zone and getting pumped up and the stadium energy was magnificent. There is really no greater honor than singing for your country.”

Gaga also revealed fiancé Taylor Kinney was in New York. “I don't know if I'm supposed to say this — he's going to be on the cover of TV Guide… and they are throwing him a big party.” Gaga gushed over her man, “I'm so proud of him, his work on 'Chicago Fire' — he's great.” 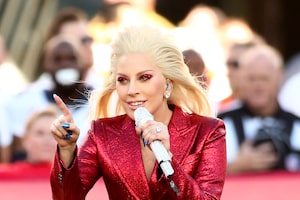 Lady Gaga on Her Super Bowl Performance: ‘I Just Sang from My Heart' (Exclusive) 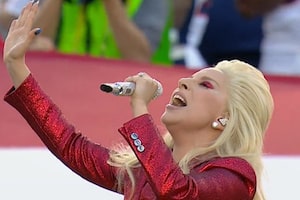