It is a new era for Playboy: The magazine has just unveiled its first non-nude issue since announcing the change in direction in October. 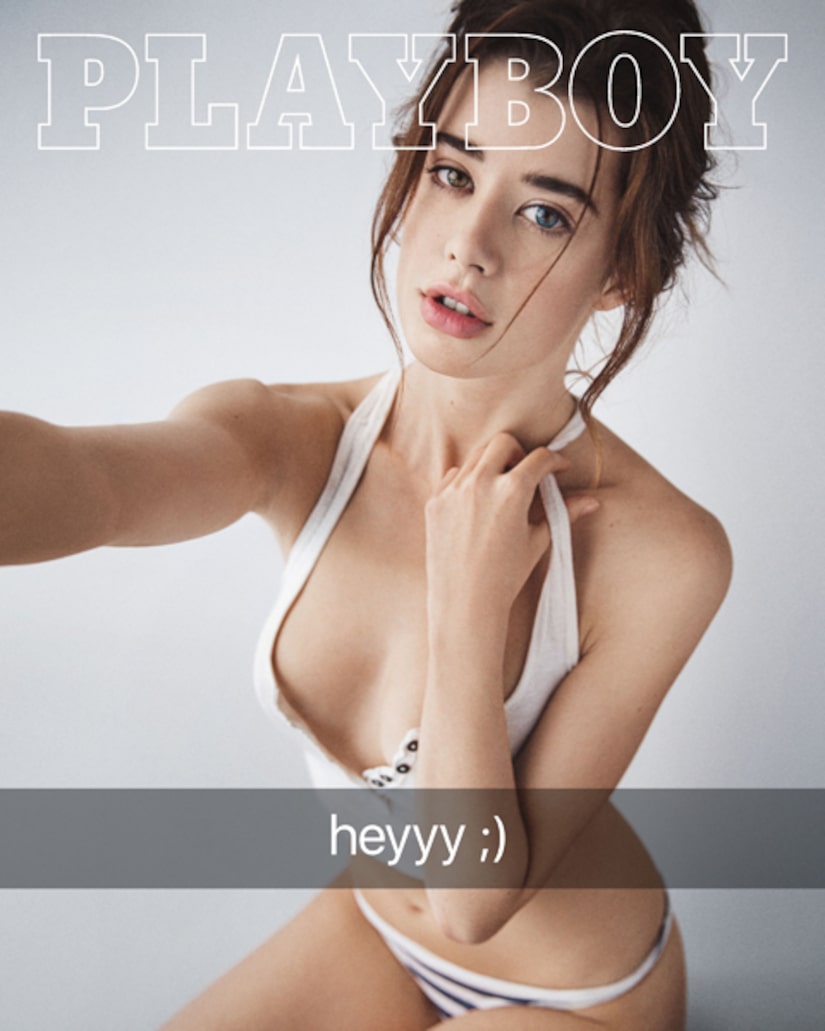 The cover is inspired by social media, and features Snapchat and Instagram star Sarah McDaniel in an open tank and striped panties with the caption “heyyy ;)” in Snapchat's white font. “The idea was to look at me from a boyfriend's perspective,” McDaniel explained.

Second-generation Playboy model Dree Hemingway (her mom Mariel Hemingway posed for the cover in 1982) makes her debut in a white blouse and underwear.

The issue will also feature James Franco's high-profile “Francophile" column and the Playboy Advisor, now helmed by a woman who goes by the name Rachel Rabbit White.

Pick up the March 2016 issue on newsstands on February 12.