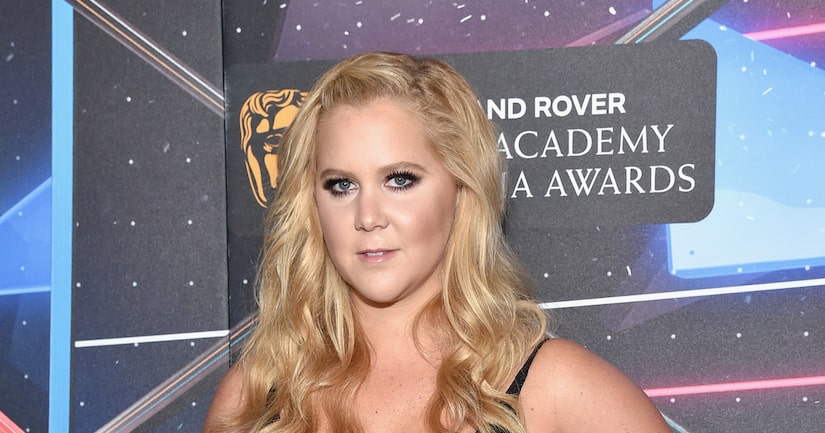 "Extra's" Terri Seymour caught up with Amy Schumer at the 2015 Jaguar Land Rover British Academy Britannia Awards, where she was honored with the Charlie Chaplin Award for Excellence in Comedy.

Of the honor, Schumer joked, "Am I a knight?" Terri responded, "Not yet… nearly. You're almost."

Schumer recently hosted "Saturday Night Live," and was asked to give advice to Donald Trump, who will be hosting on November 7. She said, "He should not run for president. The best thing you could do to host is not take yourself too seriously. I have not seen him excel at that, but maybe he'll turn over a new leaf… or a new weave.”

Amy has been busy working on a new project with her new BFF Jennifer Lawrence. She gushed, "[Jennifer]'s funny, man. I think people are gonna be really surprised at what a great writer she is."

Of their friendship, the "Trainwreck" star shared, "We couldn't hold back from being ourselves if we wanted to, and that—ya know, we both been getting slapped on the wrist our whole lives for being ourselves… It's nice to meet someone else who's, ya know, been kept after school for detention as much as you have." 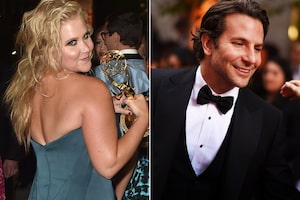 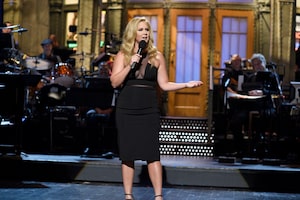