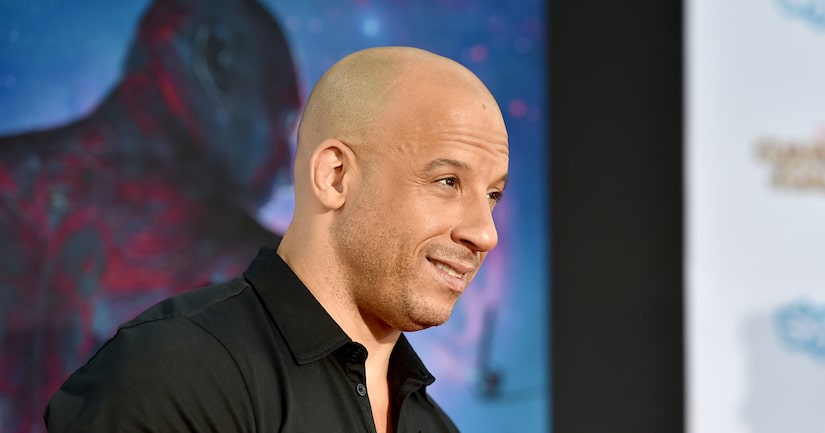 Vin Diesel is trading in fast cars for swords in his new movie, “The Last Witch Hunter.”

Vin sat down with “Extra's” AJ Calloway to talk about his new role, and revealed how the movie actually helped him cope with the death of his best friend and “Fast and Furious” co-star, Paul Walker.

He said, “Doing this character, at the time that I did it, it's no secret that the last year's been a dark year and probably no coincidence that I played a character that thinks about death in the way that Kaulder does, and is melancholy the way the character is. When you meet Kaulder, you very quickly learn that he is masking pain and sorrow, and that's probably the best way to describe the whole last two years.”

Vin also said he is in touch with Paul's daughter Meadow. “Paul's daughter's doing good.” He continued, “We're all kind of getting accustomed to a world without him.”

The actor's witch-hunting character goes back and forth between this world and the next in “The Last Witch Hunter." Vin's love for all things fantasy is thanks to his Grandma. “It's hard to deny that geek card…my grandmother got me the basic 'Dungeons and Dragons' set back in 1978 for Christmas, and it was probably the best gift I've ever gotten.”

The “Fast and Furious” franchise is also the gift that keeps on giving. Another installment, the 8th, is being planned, to be helmed by F. Gary Gray. “It's so cool, it's gonna add such a different dynamic for the next chapter.”