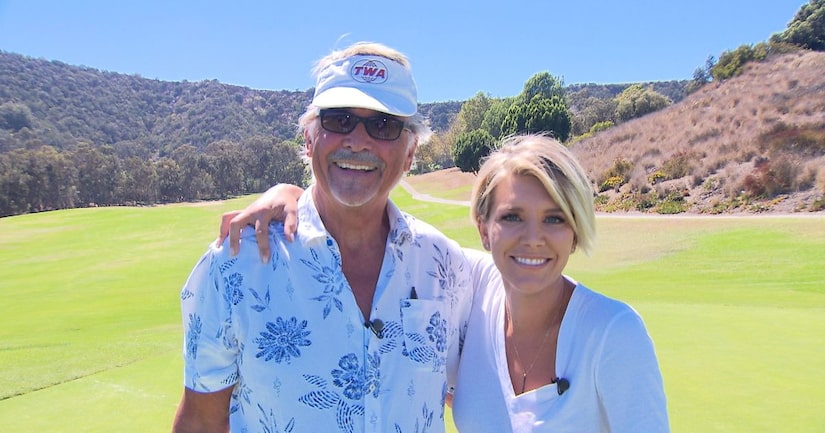 "Extra's" Charissa Thompson talked TV and politics with James Brolin on location at a golf course, where he was shooting scenes for CBS' "Life in Pieces."

James, a new addition to the cast, said his character is "the doofus father who used to fly airplanes, and no one can figure out how that's possible."

He may be playing a doofus, but wife Barbra Streisand's is a big supporter of his new project. James shared, "She loves the fact that I'm doing something. I read a lot of pilots over the last ten years... This one, all I had to do was read it and say, 'Wow, this is the one'"

Don't be surprised to see Barbra contributing to the series in some capacity. He said, "Maybe if she was feeling right ... next year, she could direct one; [directing is] all she wants to do now."

Barbra recently ignited casting rumors about her proposed "Gypsy" movie remake by posting a photo of herself with Lady Gaga, John Travolta, Kelly Preston, and "Glee" producer Ryan Murphy. Of the remake, James commented, "I don't know if it's green-lit yet, but it's very close. It's got to happen."

The photo was taken at a dinner hosted by Barbra and James. "That was just a dinner. You know, we're out in the Malibu area and Gaga, she's close by and John's an old friend."

Two more of the couple's old friends are Bill and Hillary Clinton. Of the former president and the aspiring president, he said, "I've never heard them talk about anything ever in private except how many people they can help."

James also shared his thoughts on Republican candidate Donald Trump. "It's just the best traveling carnival I've ever seen, but you can't deny it's ... working, at least right now."

"Life in Pieces" premieres on September 21 on CBS. 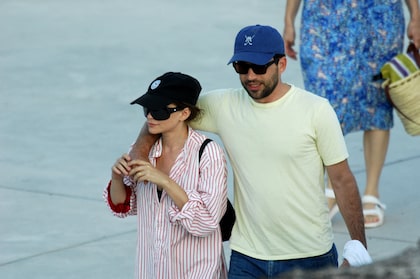