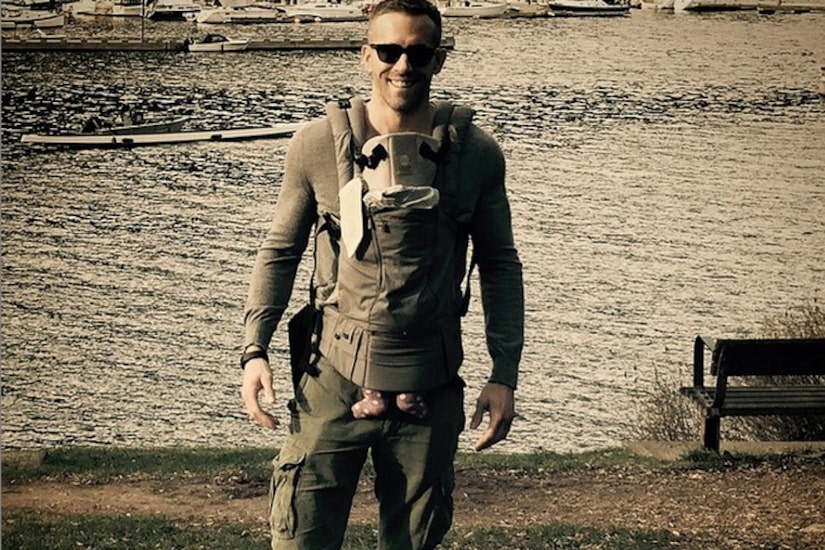 Ryan Reynolds and Blake Lively have not yet released any closeup pics of daughter James, but we have some idea what she looks like.

“Extra's” AJ Calloway caught up with Ryan at the “Self/less” junket in NYC, where he gushed over his little one.

When AJ asked who James looks like, Ryan or Blake, Reynolds got a little scientific.

“Baby looks like me, and I'm not saying that like any sense of gloating, but I've heard, like, there is a sort of genetic predisposition like an evolutionary tactic to make sure the father stays.”

Ryan also talked about “Self/less.” In the sci-fi thriller, a billionaire played by Ben Kingsley takes over Ryan's body in order to live longer.

Reynolds revealed the celebrity body he would want to take over if he had the choice.

“Self/less” opens in theaters on July 10.