No one was more surprised than Sandra Bullock to be named People's “World's Most Beautiful Woman” for 2015, laughing when she heard the news, “That's ridiculous,” she admitted to the magazine, "I've told no one.” 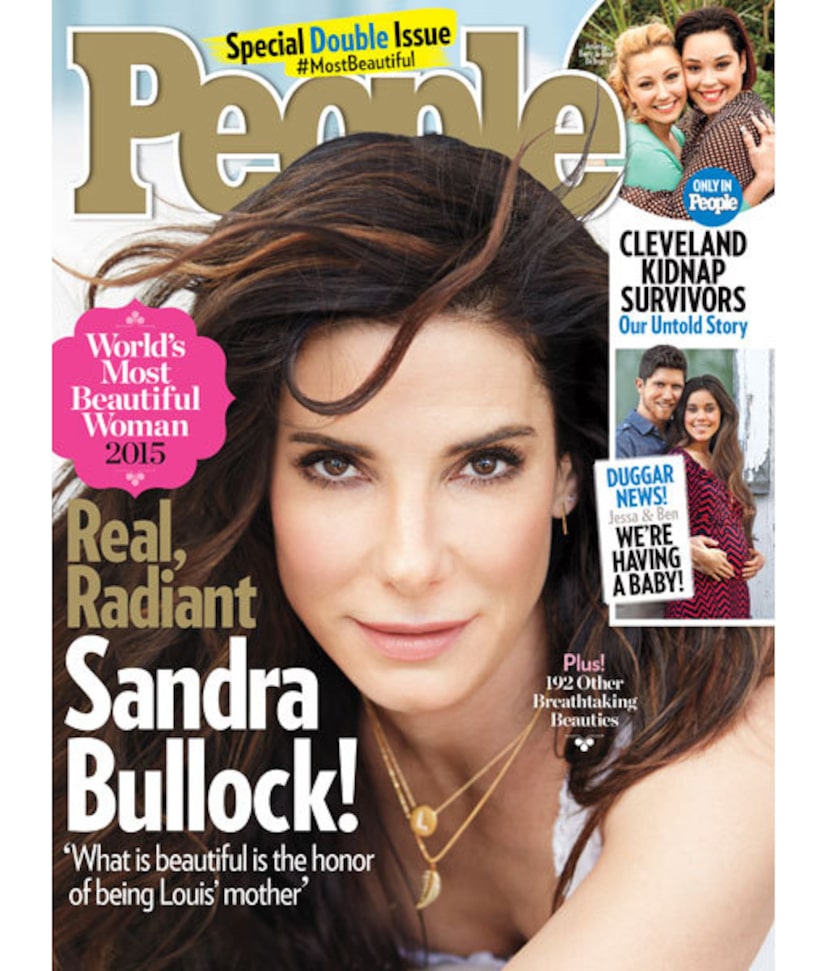 The Oscar winner who lends her voice to a supervillain in the upcoming “Minions” movie says her top honor is being mom to 5-year-old son Louis, saying real beauty is being a good person and mom.

“Especially in this town, it's just so hard not to say, 'Oh, I need to look like that,'" she explained. "No, be a good person, be a good mom, do a good job with the lunch, let someone cut in front of you who looks like they're in a bigger hurry. The people I find most beautiful are the ones who aren't trying."

No Hollywood for this girl... Bullock drives carpool, sets up play dates and has what she calls “deep” conversations with her son. Mom confessed she is wrapped around his little finger, “but I will never let him know it. We have rules,” she said of Louis. “I let everyone else be the aunties and uncles who spoil him, and I'm the one that lays down the law.”

The “Gravity” actress revealed that her son still doesn't know what she does for a job, joking, “He thought I was an astronaut for awhile.”

The only praise Bullock needs in life is from her family, especially when it comes from her little guy. “I was putting him to bed and told him that even when I'm old and gray and more wrinkly than I am now, I'll still love him and want to tuck him in. And he asked why I have wrinkles, and I said, 'Well, I hope some of them are from laughing so much.' And he touched my face and said, 'You're not old, you're just happy.'"

For more of Bullock's exclusive interview, pick up this week's special issue of People, on newsstands April 24 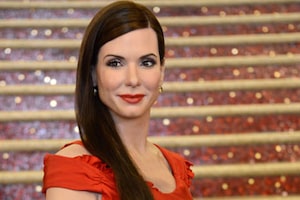 Sandra Bullock enjoyed an Italian dinner at Adoteca restaurant in Brentwood on Tuesday. 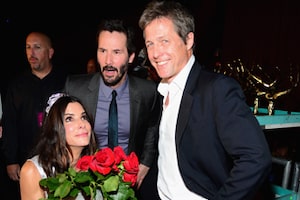