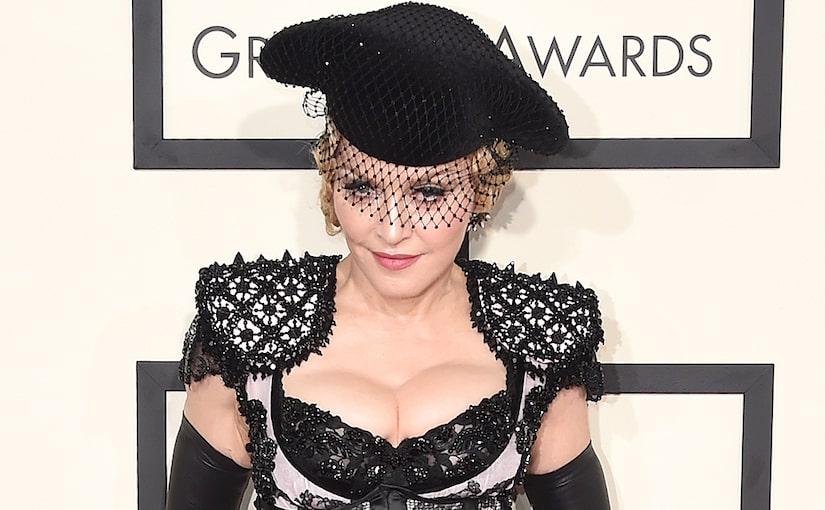 Superstar Madonna sat down with “Extra's” AJ Calloway for an all-new and candid interview in which the singer talked about everything from her new music, to her fall at the Brit Awards and her children.

Madonna's daughter, Lourdes, 18, is now a freshman at Madge's alma mater, University of Michigan, and the singer revealed that sending her off to college was “really hard… it was like the first heartbreak of my life.”

She continued, “I cried every night for weeks. I would go in her bedroom and lay on her bed and cry. It was terrible.”

Madonna added she loves being a mom to Lourdes and her other kids -- Rocco, 14, David, 9 and Mercy, also 9 -- but admitted raising two teenagers is exhausting. She joked, “If I have dark circles under my eyes, it's because of them.”

Madge also opened up about her recent fall at the 2015 BRIT Awards, explaining a last-minute change from the director contributed to the mishap.

She said, “At the last minute they decided, 'We don't want you to go out in the middle of the crowd at all. You have to start from really far back and wear the big cape and do the long walk from much further than we had rehearsed.'”

The singer continued, “Now this goes against everything I believe in because I don't do anything live unless I rehearse it and I didn't rehearse that and so I panicked. I thought, okay, I can do this. Then they said, 'But we have to worry about the cape coming off because it's a much further walk.' So at the very last minute they came up to me and said, 'Just tie it a little bit tighter, the bow around your neck.'”

The girls that we're dancing with Madonna ended up pulling on the ties as hard as they could, “It was either die by strangulation or fall down the stairs. I chose the stairs… the angels were protecting me because nothing happened.”

Now Madonna is getting ready to release her 13th studio album, “Rebel Hearts,” calling the experience “epic." “The whole, everything, from the beginning of the writing to the end with the hacker and having to rush things out and all the crazy people I worked with, all the personalities, yes, pretty epic.”

One of those personalities, Kanye West, produced songs for her album. She described the experience, “It was energetic… loud, and a lot of going off topic, and a lot of discussions about fashion and then crazy music, sick baseline 808 banging and some Grey Goose and stuff like that.”