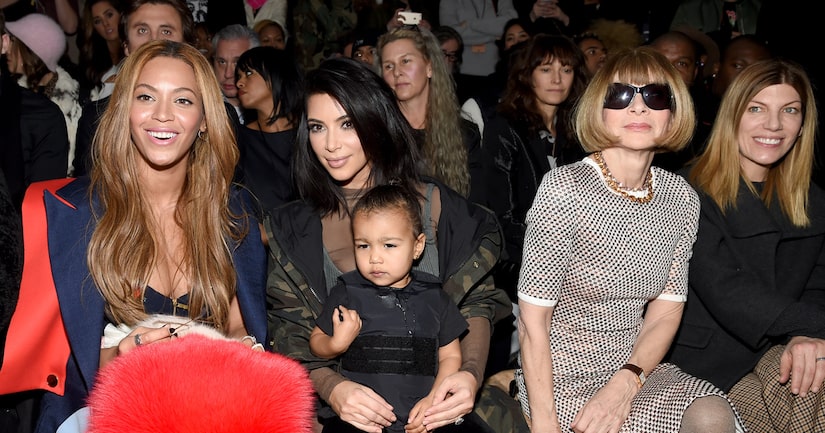 Kanye West's Adidas show at NYFW was a family affair, with Kim Kardashian and North West in the front row next to superstar Beyoncé and Vogue boss Anna Wintour… but it was all a bit much for baby North, who burst into tears! Scroll down for the picture.

Bey and Anna Wintour appeared to be doing their best to ignore the noisy outburst, while mom Kim attempted to comfort the 20-month-old celebutot. Aunts Khloé Kardashian and Kendall were spotted in the audience with Grandma Kris Jenner… while Kylie Jenner strutted the runway.

Kim showed her support for the show by dressing in head-to-toe Yeezy, including a green bra, brown leotard with sheer leggings and a camouflage jacket.

Kanye's show was unlike any other. Instead of having his models walk the runway, they lined up in rows and posed for pictures before moving to the back to allow new models to show off their garments.

Kylie was among the many models showing off West's collection, wearing an outfit that looked very similar to Kim's.

West told the Associated Press that he believed his collection is something that the people have been “wanting and missing,” and that he wanted to “contribute to society through usable art.” Watch the video to see his designs! 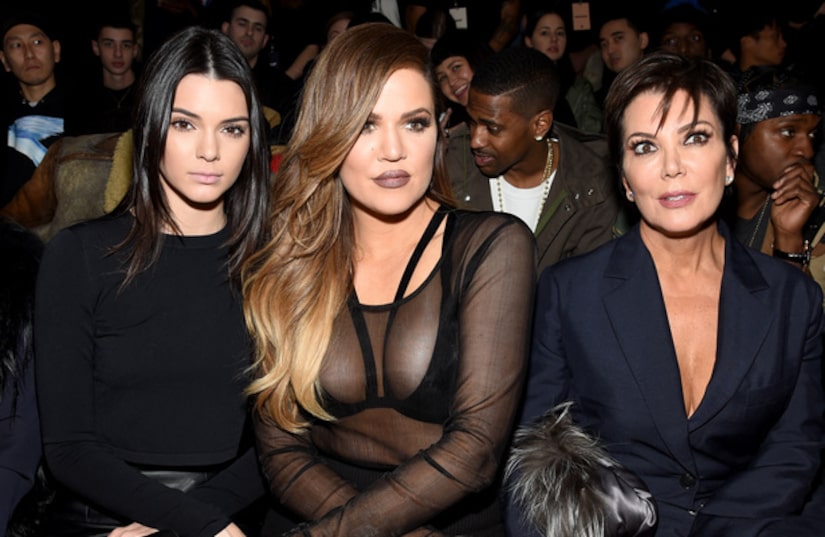 The show marked Kris' first public appearance since her ex Bruce Jenner's car accident. She sat with daughter Kendall, who surprisingly sat this one out. 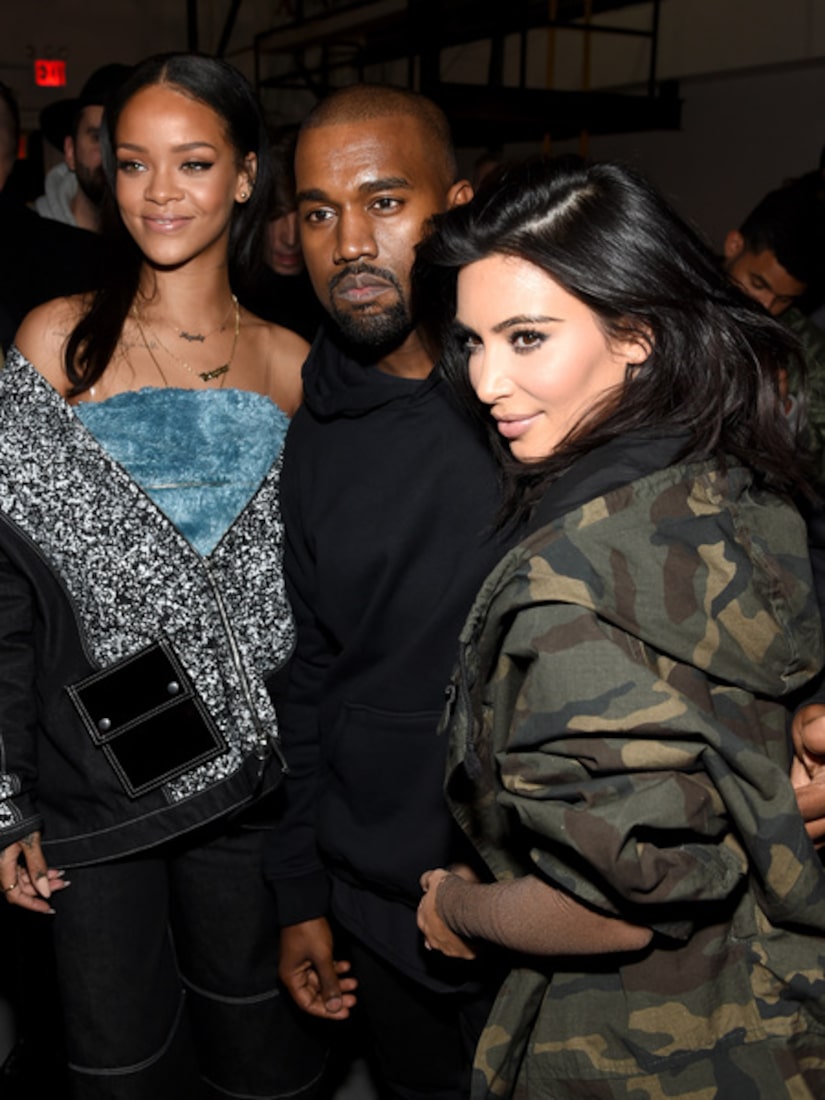 Other famous faces in the crowd included Rihanna, Sean Combs and Jay Z. 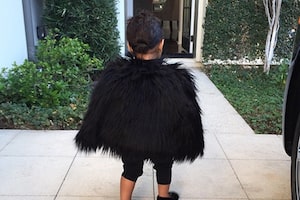 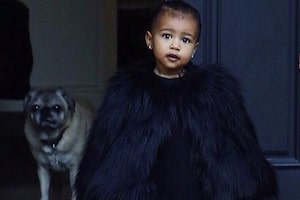 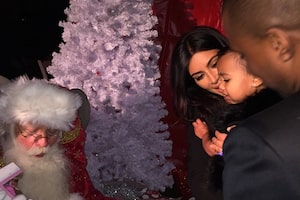