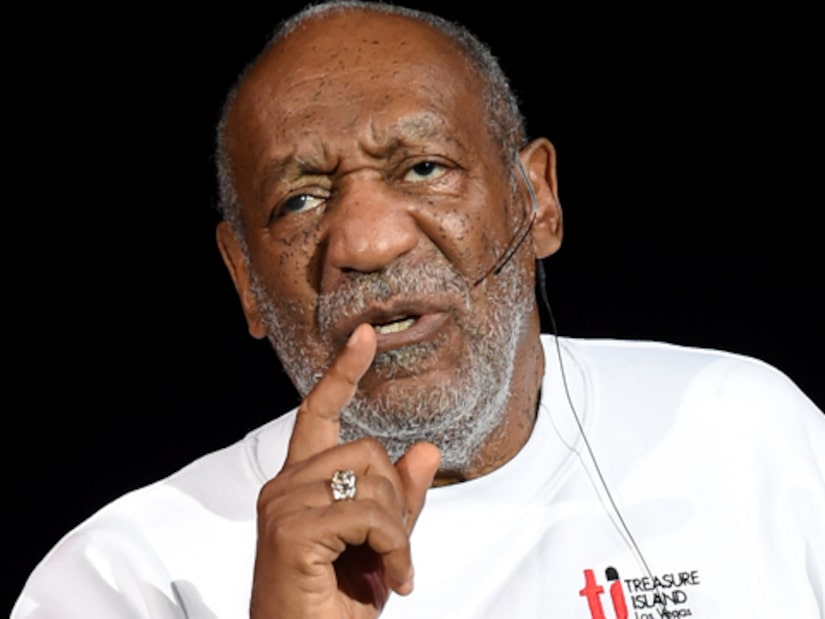 Cosby, who just canceled engagements at casinos in Arizona and Las Vegas, opened the show by putting his head in his hands and pretending to sob, while joking that parents wouldn't let their children around him, saying, “Bill Cosby you are an evil man!” Watch the video here.

Afterward, he transitioned into his 90-minute scripted show, and a few audience members even gave him a standing ovation.

The show took place at Atlantis resort to benefit The Links Nassau chapter. Cosby skipped the after-party, but his wife Camille attended.

Meanwhile, Moritz and Leslie have taken their stories of alleged abuse to the media.

Mortiz told TMZ that Cosby forced her into oral sex while in the green room at “The Tonight Show” in 1971. Leslie told the New York Daily News she was invited to Cosby's Las Vegas hotel room in 1992 after sending him a letter and photo asking for career help.

Leslie claims that he asked her to act drunk for the “audition” and later forced her into a sex act.

Hill told KDKX that she met Cosby on the set of "Picture Pages" when she was 15, and would fly to visit him in various cities while he was traveling. Hill says that during these visits she believed she was drugged and taken advantage of.

Cosby's attorney Martin B. Singer responded to Mortiz's claims on Thursday, calling them absurd. “The stories are getting more ridiculous,” he said in a statement. “Now this woman is claiming that something occurred more than 40 years ago and that while she was waiting in the dressing room to appear on the 'Tonight Show,' my client forced his penis into her mouth. I think people are trying to come up with these wild stories in order to justify why they have waited 40 to 50 years to disclose these ridiculous accusations.”

He continued to try and discredit Moritz by pointing out that she is a former lawyer who was “prohibited from practicing law after she admitted violating the Rules of Professional Conduct in her legal practice.”

UPDATE: Singer released a new statement regarding all the allegations against his client:

"The new, never-before-heard claims from women who have come forward in the past two weeks with unsubstantiated, fantastical stories about things they say occurred 30, 40, or even 50 years ago have escalated far past the point of absurdity.

"These brand new claims about alleged decades-old events are becoming increasingly ridiculous, and it is completely illogical that so many people would have said nothing, done nothing, and made no reports to law enforcement or asserted civil claims if they thought they had been assaulted over a span of so many years.
Lawsuits are filed against people in the public eye every day. There has never been a shortage of lawyers willing to represent people with claims against rich, powerful men, so it makes no sense that not one of these new women who just came forward for the first time now ever asserted a legal claim back at the time they allege they had been sexually assaulted.

"This situation is an unprecedented example of the media's breakneck rush to run stories without any corroboration or adherence to traditional journalistic standards. Over and over again, we have refuted these new unsubstantiated stories with documentary evidence, only to have a new uncorroborated story crop up out of the woodwork. When will it end? It is long past time for this media vilification of Mr. Cosby to stop."