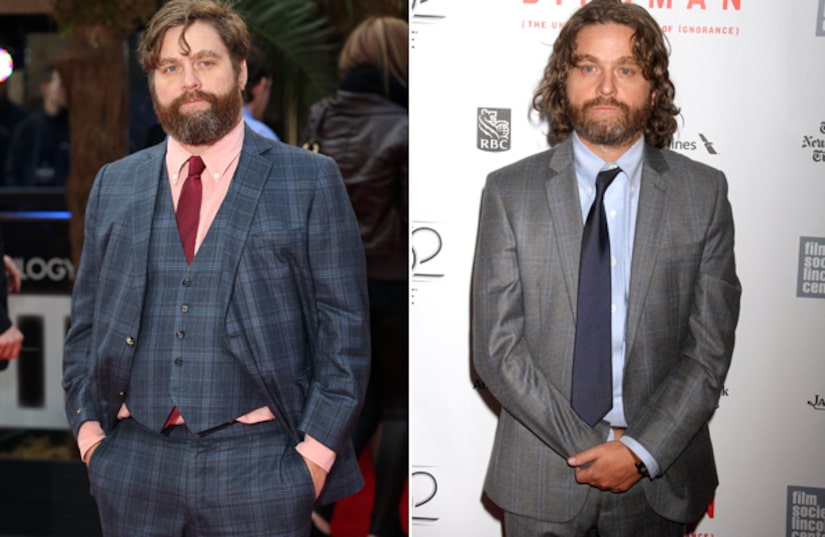 Comedian Zach Galifianakis was nearly unrecognizable at the “Birdman” premiere at the New York Film Festival over the weekend.

The slimmed-down star, 45, debuted his lighter look on the red carpet, his first public appearance since October 2013. He told Conan O'Brien last spring that he shed a few pounds after he stopped drinking.

As for staying out of the spotlight, he explained at a “Birdman” press conference, “Celebrity is a man-made thing… I'd rather just do my work and go home and watch Lifetime.”