In August, Bieber and Bloom got into an altercation, reportedly over Justin's alleged prior dalliances with Kerr.

#456442674 / gettyimages.com
Kerr and Gomez seemed a little awkward while Israeli-American actress Odeya Rush was sandwiched between them.

Victoria's Secret model Miranda Kerr has been showing plenty of skin since arriving to Paris Fashion Week. Taking a cue from Kim Kardashian, the 31-year-old wore a black, long-sleeved dress that left little to the imagination and showed off her cleavage. 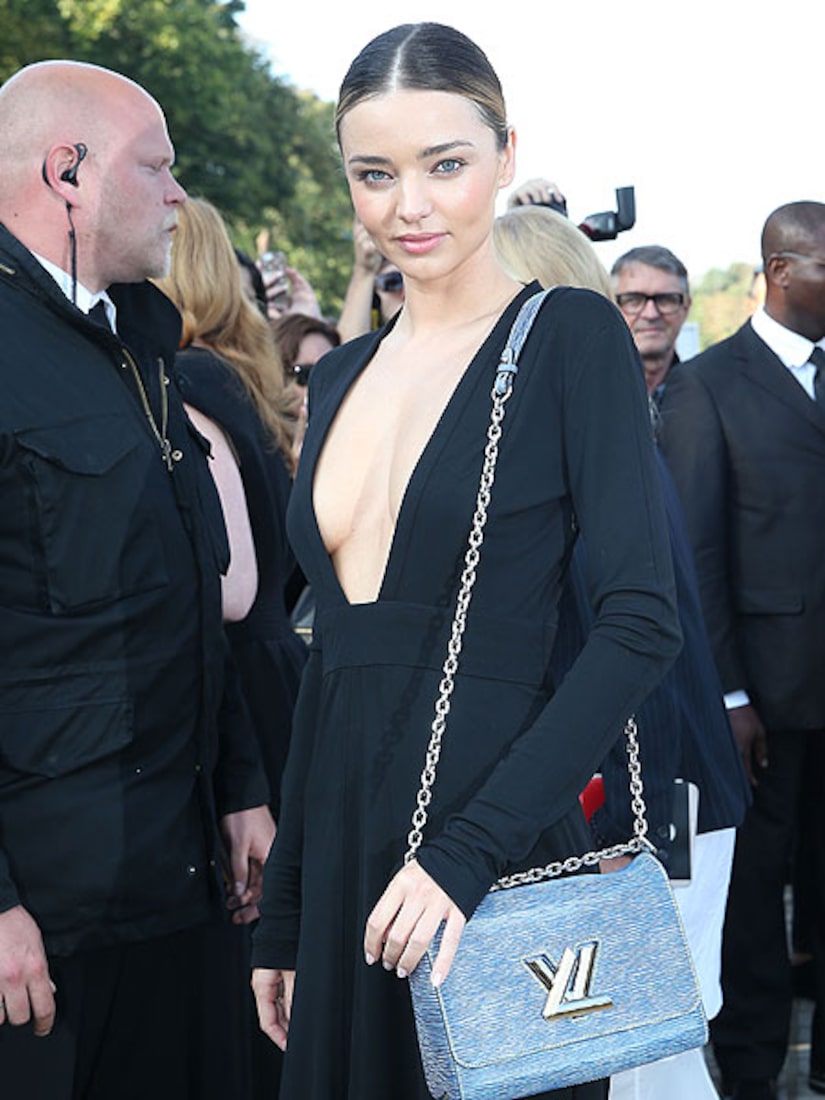