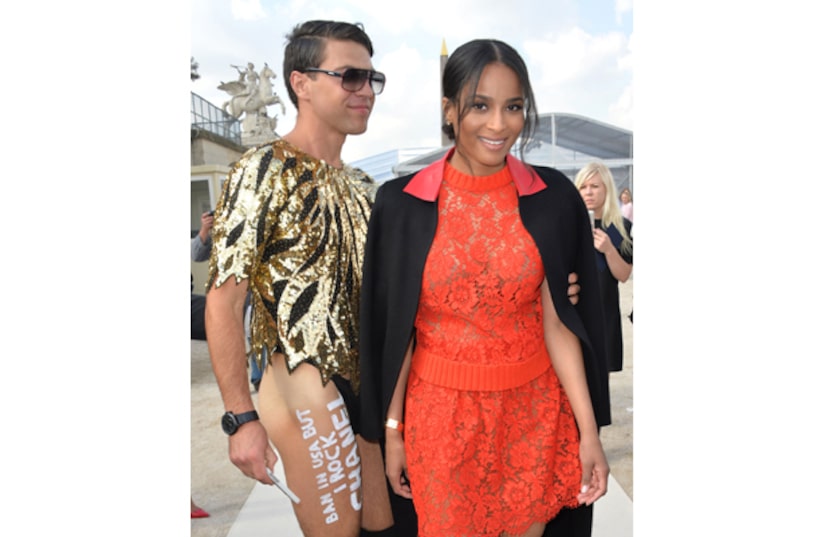 Sediuk, wearing a flashy gold and black top and thong, gave the singer an unwanted hug at the Valentino show in Paris.

The pantless prankster painted a message on his leg, "Ban in the US but I rock Chanel,” whatever that means.

Sediuk, 25, is known for harassing Kim Kardashian, America Ferrera, Will Smith, Bradley Cooper and others. See the troublemaker's past work below, as well as a few other famous tricksters.

Kim Kardashian: Sediuk lunged at the reality star as she stepped out of a car at Paris Fashion Week in 2014. Watch the khaos at TMZ.com. 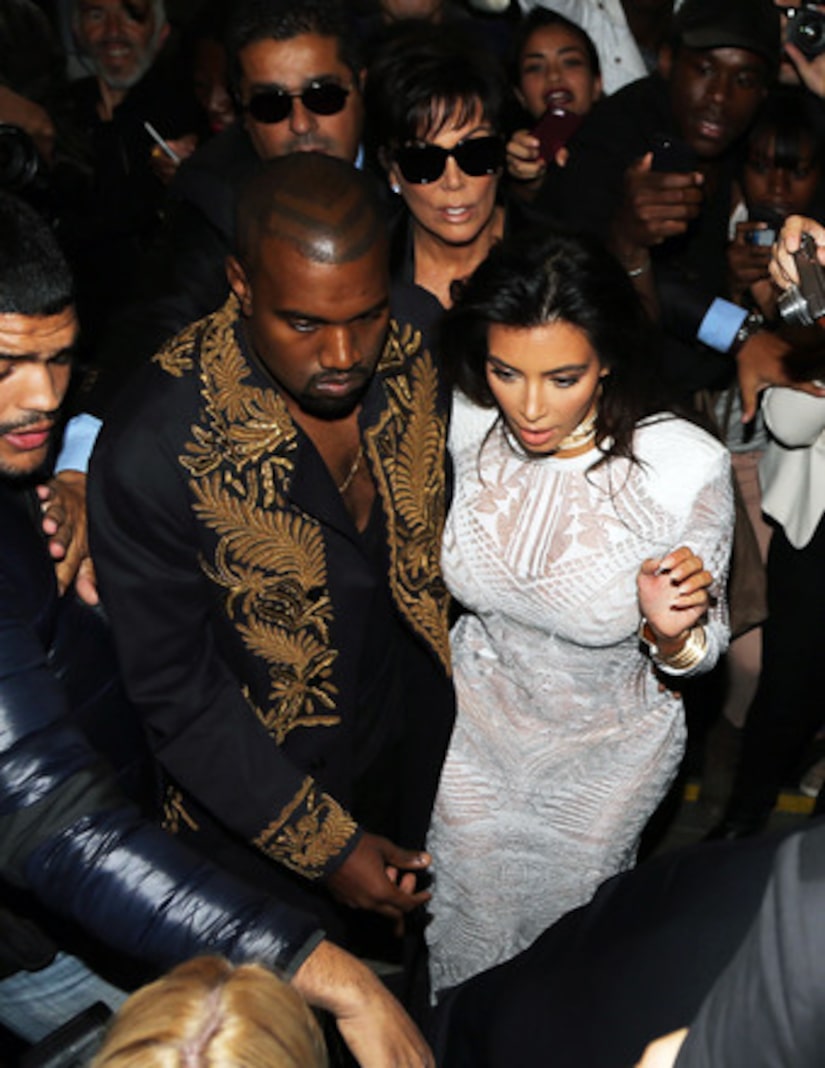 Brad Pitt: The "Fury" star was attacked at the “Maleficent” premiere in May 2014. The Ukrainian journalist allegedly jumped over a barricade and tried to hug Pitt, before hitting the A-lister in the face. Watch!

America Ferrera: Sediuk crawled under her dress at the 2014 Cannes Film Festival! Watch it on YouTube.

Will Smith: He tried to give Smith a kiss at Moscow's “Men in Black 3” premiere and received a slap in the face in return. Watch it on YouTube.

Adele: Seduik rushed the stage when Adele won at the 2013 Grammys. He managed to tell the crowd, "It's such an honor to receive this award” and "I love you, Adele," before Jennifer Lopez kicked him off the stage. Watch it on YouTube.

Bradley Cooper: The mischief maker lunged at Bradley on the 2014 SAG Awards red carpet and managed to wrap his arms around Cooper's waist while putting his face in the actor's crotch. Watch it on YouTube.

Leonardo DiCaprio: Sediuk tried a similar move on Leo at the 2014 Santa Barbara Film Festival. Watch it on YouTube.

Ryan Seacrest: Before Sediuk hit the scene, there were other pranksters pulling tricks on the red carpet… including Sacha Baron Cohen! “The Dictator” star poured an urn filled with the fake ashes of Kim Jong Il onto Ryan Seacrest during a live red carpet interview at the Oscars. Watch it here.

Tom Cruise: In 2005, Cruise was drenched in water at the London premiere of “War of the Worlds.” The culprits? A team from the UK show “Balls of Steel.”