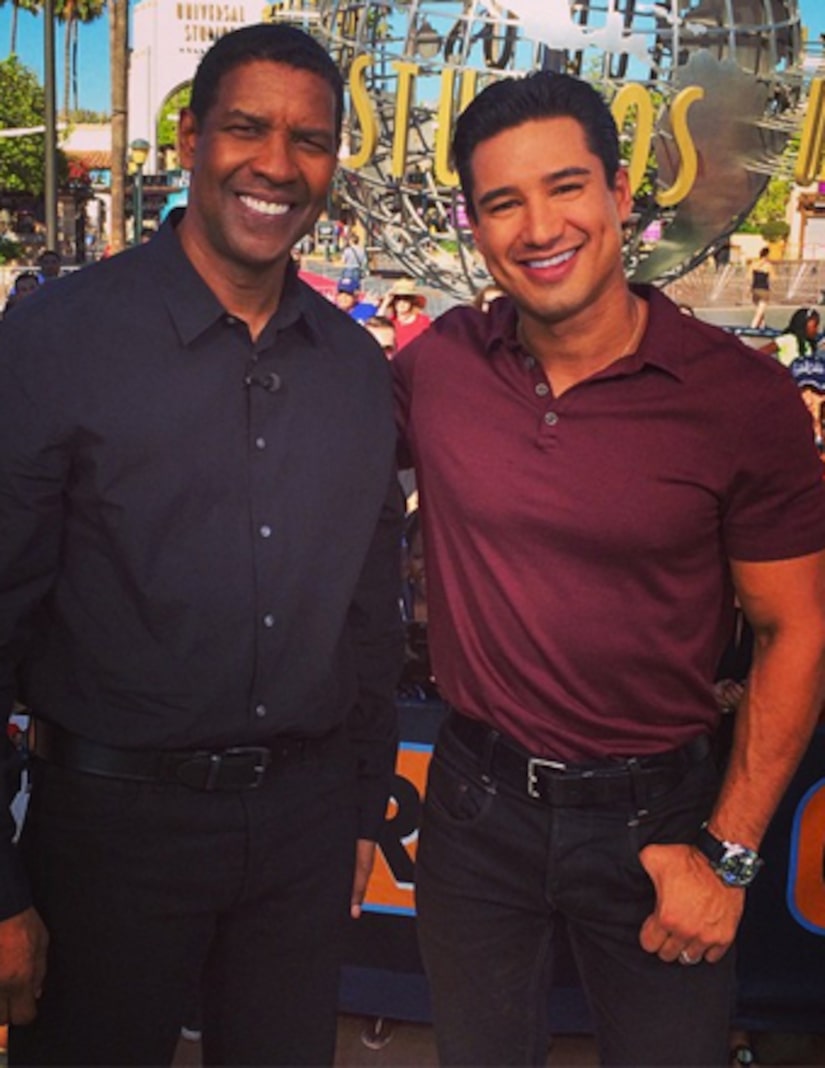 Actor Denzel Washington joined “Extra’s” Mario Lopez at Universal Studios Hollywood to talk about his new film “The Equalizer” and rumors that he’s the next James Bond!

Washington, who plays Robert McCall, described his character as “a quiet man with a past, an unknown past. He helps this young girl who needs his help and equalizes the situation.”

The film is action-packed, says Washington. “It wasn’t easy, but it was safe, working with great stunt men… no problems, no pain.”

The big question is will he play James Bond in the future? He fueled headlines when he told the press, “They’d better hurry up.” Now, Denzel is setting the record straight, explaining, “I said yeah, sure, let’s get a campaign started and they did... but I was joking… well, if they call me it’s all good… I’d have to read the script first, got to be on the page first.”

What is Denzel’s next project? Working alongside “Training Day” and “The Equalizer” director Anton Fuqua on the remake of the western, “The Magnificent Seven.” “I’m going to ride horses, I start next week,” he told Mario.

Denzel and Mario are both national spokespeople for the Boys and Girls Club of America, so “Extra” surprised Washington by bringing some members of the Burbank and the Greater East Valley to the set for his interview.

Denzel reflected on his relationship with the group, saying, “I started when I was five in the Boys Club, then it was called the Boys Club, we didn’t get to do anything like this, get on TV, but great experiences and making good friends and experiences that you take through life.”