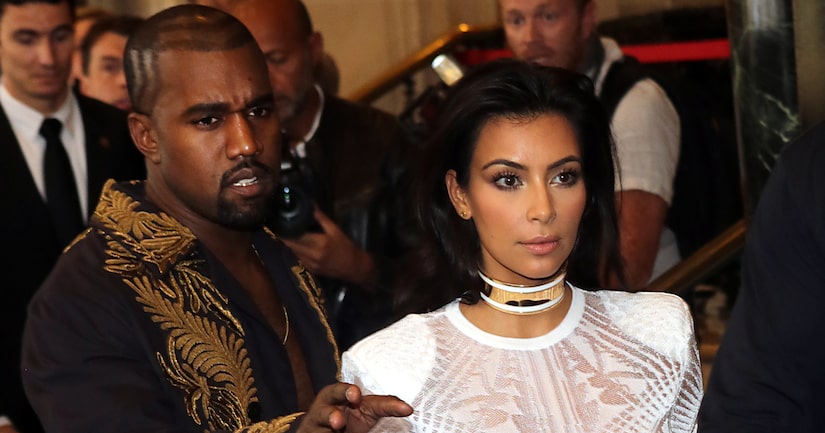 The Ukranian personality, known for his red carpet pranks on celebrities, reportedly lunged at her as she exited a car and almost knocked the 33-year-old reality star to the ground in front of husband Kanye and her mother, Kris Jenner.

He told Daily Mail, “I hope Kim is okay and won't be mad at me as I didn't mean any harm. Kanye is one lucky man as Kim is a goddess!”

Sediuk also posted an Instagram pic right before the incident.

Sediuk has accosted various celebrities at events. He tried to get under America Ferrara's dress at the Cannes Film Festival in May, and he was arrested in June after attacking Pitt at the L.A. premiere of wife Angelina Jolie's film “Maleficent.”

Sediuk was subsequently banned from all L.A. events.

He said, “US Customs and Border Protection banned me from entering The United States. I flew from Paris to Los Angeles on September 12. It was a transfer flight via Instanbul (Sep13) in Turkey. But on my way to the plane after my passport was checked, the security officer told me they received a paper from CBP (US Border Protection) not to let me on the flight. So I wasn't able to fly to Los Angeles as my flight was cancelled without any refund.”

Sediuk stated he was trying to fulfill his legal obligations stemming from his arrest in the Pitt incident. “By not letting me entering the country, I have no understanding how I can fulfill what the judge ordered me, as I clearly want to avoid any troubles with US judicial system for not completing in time.”

"Extra's" Mario Lopez spoke with Sediuk after the Pitt attack, in which he explained himself... watch!