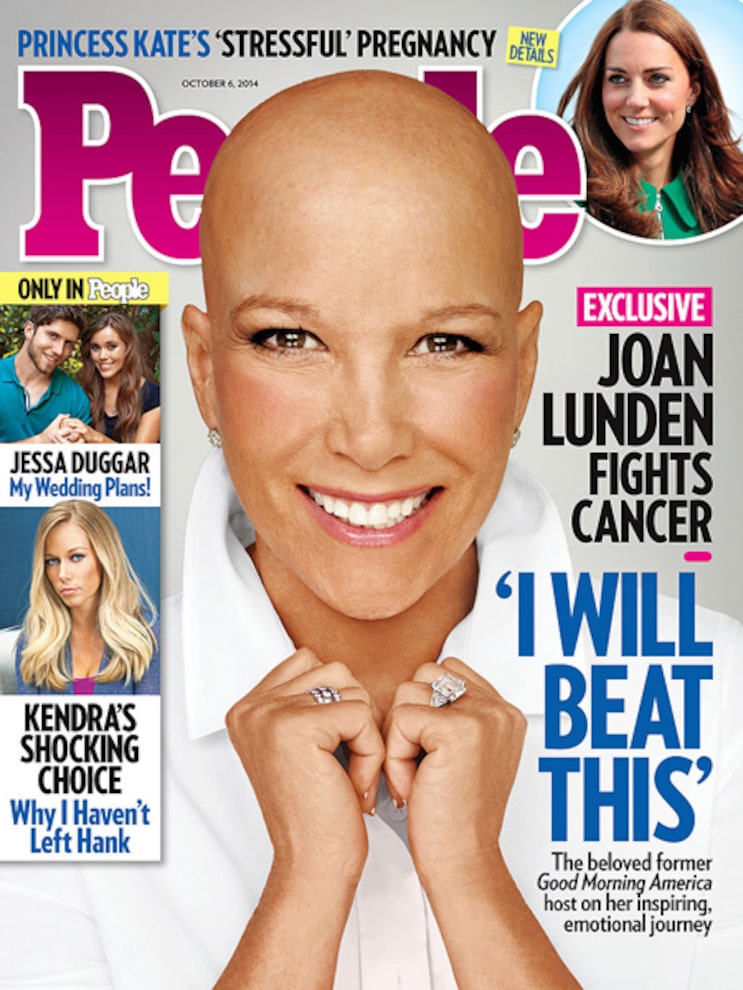 Former “Good Morning America” host Joan Lunden is opening up about her battle with breast cancer in the new issue of People magazine.

Lunden, who posed bald for the cover of the new issue, told the mag that she had two choices when she was diagnosed with triple negative breast cancer in June.

The 64-year-old explained, "I could decide to do nothing, but that's certainly not my personality. I was handed an opportunity to learn everything that I can about this and try to help others."

The first thing Lunden did was share the news with cancer survivor Robin Roberts on “GMA.”

While she was there, Roberts shared some valuable advice. "Robin told me waiting for your hair to fall out is excruciating. So I didn't want to wait."

One week after her first chemo treatment, Joan decided to shave her head, "You know it's going to happen one of these days and you are wondering how and when, so I just owned it.”

The decision to pose on the cover of People without her wig was a more difficult choice.

"I'm almost reluctant to say it because it sounds superficial," Lunden said. "But when you lose your hair, it just affects the way that you look at yourself in the mirror. You feel less feminine, pretty or desirable, and it's not an easy thing to go through."

She continued, "I had to make this big decision about whether or not to do the cover with no hair. It certainly isn't the comfortable way to go, but I decided I was going to try and help others and show women that this isn't the end of the world. You can go on – and that was hugely empowering."

For more with Lunden, pick up the latest issue of People, on newsstands Friday. You can also follow her journey on JoanLunden.com, where she has been documenting her battle with breast cancer with a video diary.