As the cover girl for the October issue of Health magazine, actress Jada Pinkett Smith dishes on her villainess character in “Gotham,” embracing aging, and what she and husband Will Smith do on date night.

Pinkett Smith told the mag, “A lot of times, we'll do it at the house, because when we go out it can be a little hectic. So we have different places around our yard where we like to set up a little Arabian tent, pillows, wine and cheese, candlelight. Will likes really thought-out productions.”

As for aging gracefully, Jada said “It is what it is! I'm getting older! I've never looked at myself as, like, a beauty. I'm not sore on the eye, but I know there's always going to be somebody more beautiful -- always. My grandmother used to say to me, 'It's not about what you look like on the outside. It's what you look like on the inside.' So she helped me learn at an early age to be well-rounded, to be spiritual, to be compassionate.”

On playing the villainous Fish Mooney in FOX's “Gotham,” the actress explained, “I had a lot of fun with her. Because she was a blank canvas, I dived right in and did some of the most bizarre things. One morning I came to the producers, and I had a guy on a chain walking on his hands and knees with the word liar across his face in red lipstick. I said, 'This is what Fish Mooney does when she's betrayed by one of her henchmen.' I was hardcore! Some things worked and some things didn't.”

Read more of Jada's interview at Health.com and pick up the issue on newsstands Friday, September 19. 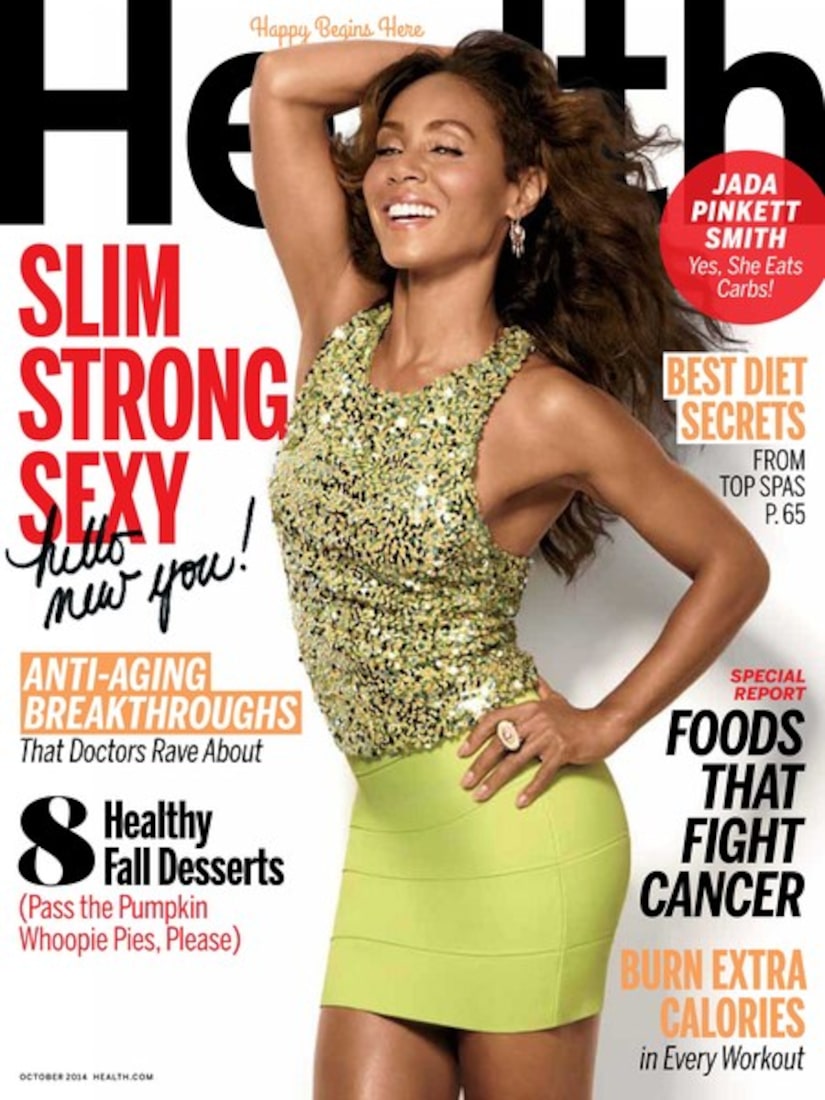