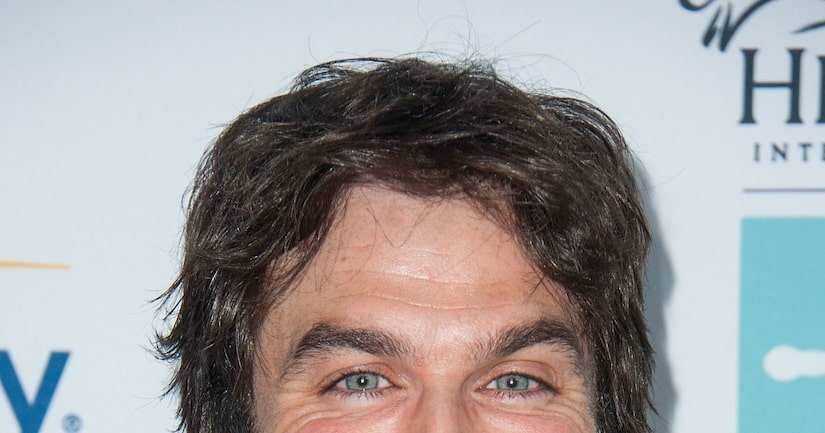 “Extra’s” Terri Seymour was with Ian Somerhalder at Heifer International's 3rd annual Beyond Hunger gala, where Ian was being honored for his work in raising awareness of hunger and poverty.

Although he wouldn’t share details about his relationship with girlfriend Nikki Reed, who was there to support him, “The Vampire Diaries” star did say, “I couldn’t be happier if I tried.”

Somerhalder also talked about his work with Heifer International. “I think about what we’re doing in places like Africa. People think food, let’s just feed people, but they don’t understand about organizations, like this one, who say feeding people is not the only thing we need to do.”

Ian continued, “It’s a massive systemic component of creating sustainability globally and this organization is doing it at the highest level.”

The actor was humbled to be honored. “It’s something that gives me the ability to do more… It’s encouragement for me to do more, it’s an incredible honor.”

Ian is also back at work for Season 6 of “Vampire Diaries.” He recently tweeted a photo of him from the set... covered in blood. He quipped, “I forgot how sharp those teeth are, those things are serious.”

As for what’s next for his character, Damon, Somerhalder said, “He just wants to get back home… It’s funny because it’s not just about Elena any more. It’s about his brother too.”

“The Vampire Diaries” returns to the CW October 2.