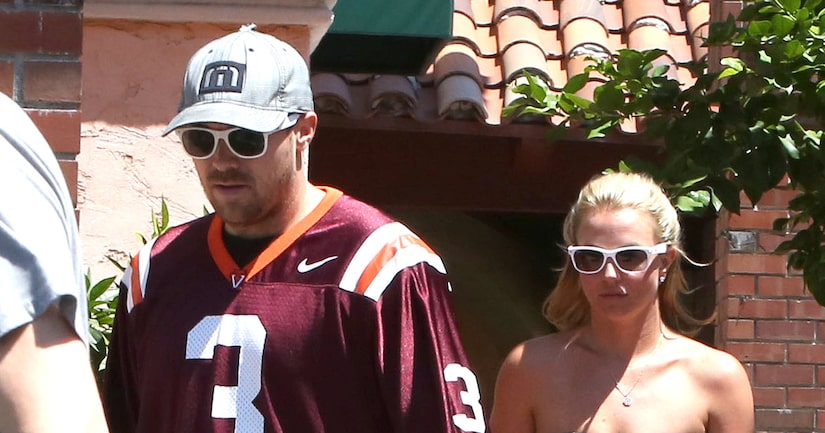 She tweeted, "Ahhh, the single life!"

TMZ reports Spears found out Lucado had been cheating on her after a video was leaked showing the Virginia-based lawyer kissing another woman.

His rep told TMZ, "David is very, very in love with Britney. This is unfortunate and he hopes that it all works out."

A source told E! News that Britney "is heartbroken. She is in Vegas. But she will get through it. She's a strong girl and he was never right for her.”

Meanwhile, the mom took a cute Instagram selfie with sons Sean, 7, and Jayden, 6.