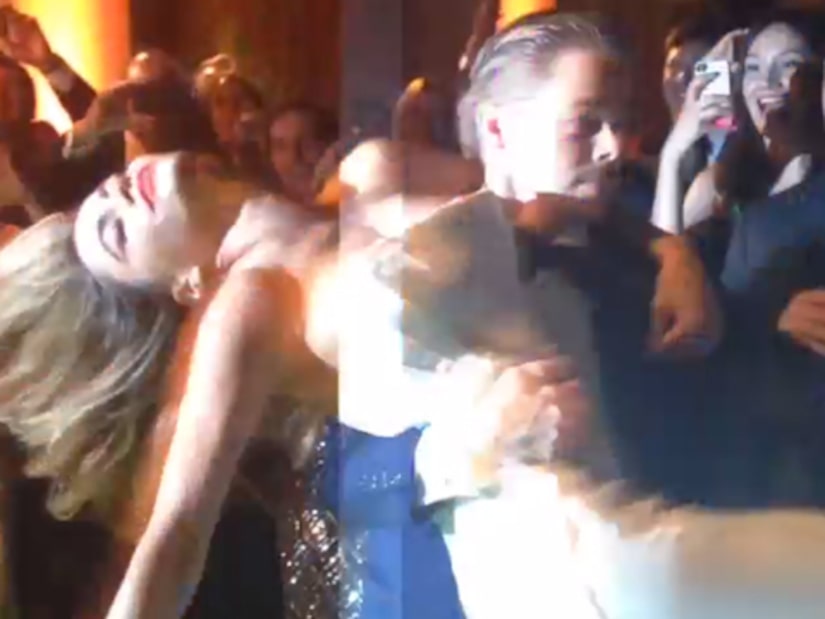 Sofia Vergara didn't have a date for the 2014 Emmy Awards, but she did have a dance partner!

The “Modern Family” star, who told E! News she left boyfriend Joe Manganiello at home because he was “too hot,” was spotted spinning around the dance floor at the HBO after-party with Derek Hough!

Check out this video of Sofia shaking her hips for Derek!

In a second video, the “Dancing with the Stars” pro lifts the actress and spins her around. Watch!

Derek might have all the right dance moves, but clearly Sofia was missing Joe. She posted a party pic on Instagram with the caption, “Where R U Big Boy?”