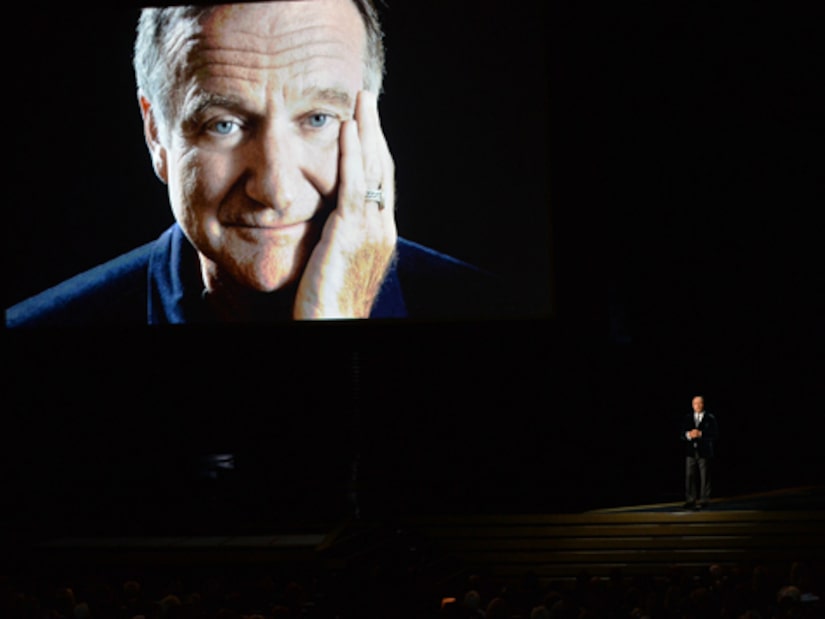 An emotional Billy Crystal closed the Emmys' “In Memoriam” segment with a eulogy for Robin Williams.

Crystal, who was Robin's longtime friend, told the crowd, "He made us laugh hard, every time you saw him on television, movies, nightclubs, arenas, hospitals, homeless shelters, for our troops overseas and even in a dying girl's living room. The brilliance was astounding. The relentless energy was kind of thrilling. I used to think if I could just put a saddle on him and stay on for eight seconds, I was going to do okay."

After sharing several anecdotes and stories, he added, "Well, as genius as he was onstage, he was the greatest friend you could ever imagine: supportive, protective, loving. It's very hard to talk about him in the past because he was so present in all of our lives… for almost 40 years, he was the brightest star in the comedy galaxy."

The tribute closed with some of Robin's memorable moments on stage and screen. Watch.