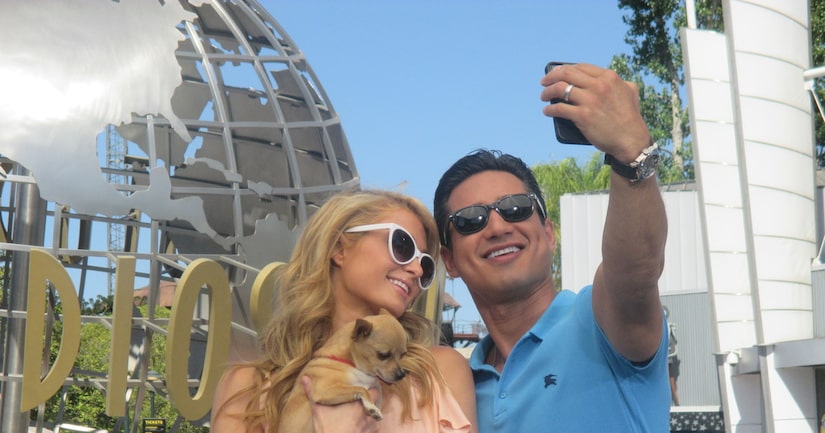 Paris Hilton was with “Extra’s” Mario Lopez at Universal Studios Hollywood, where she talked about the bizarre night that “Celebrity Rehab” star Jeremy Jackson reportedly crashed her Malibu beach house and got into an altercation with Paris’ brother Barron, which left her younger sibling hospitalized.

Hilton explained, “We're home chilling and all of a sudden some random dude walks in, busts in and we're like, ‘We don't know you. Can you please leave?’ He would not leave. He got very aggressive, started attacking everybody… it was actually really scary. I've had so many stalkers and intruders, so when this happened I was very freaked out.”

Paris is keeping busy, releasing her new single. “‘Come Alive’ is a song I wrote all about love, about how it’s such a magical feeling. It makes you come to life.”

Her next single, “High Off My Love,” is also about love and a dance track. “The music video really inspired by Madonna’s ‘Justify My Love,’ so it’s a very sex video.” Her full album will be out at the end of the year.

Hilton is currently touring around the world as a DJ, and this weekend she’s heading to Ibiza for a month. “It’s my second year being a resident DJ at Amnesia, which is the biggest best club in Ibiza.”

As for staying in shape with all her traveling, Paris said, “I love Pilates. That’s something I really love, and I love doing outdoor activities. I go hiking, bike riding, surfing. I go skiing when I’m in the snow.”