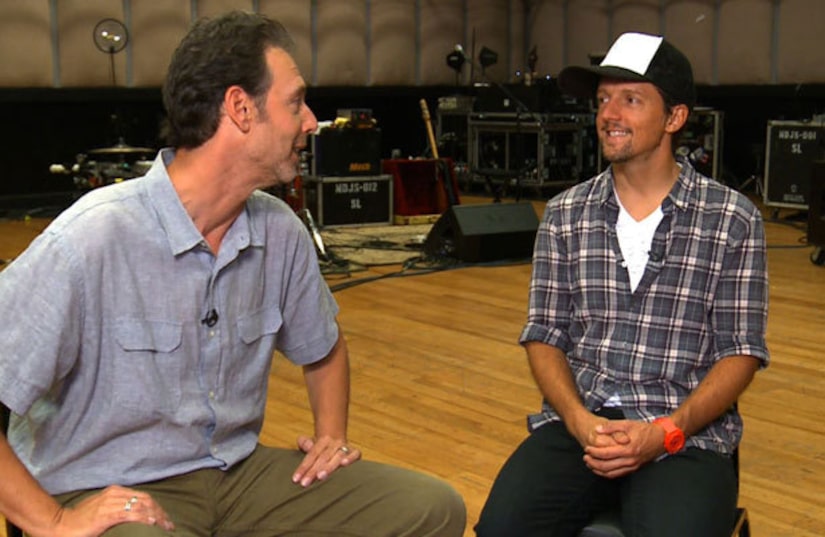 Jason chatted about making "Yes!," which he calls his first acoustic album. Even though it's an acoustic album, that doesn't mean that it's just Jason with his guitar. The musician enlisted the help of the band Raining Jane to create a full, beautiful sound for record.

Mraz also talked about his upcoming tour, which will feature Raising Jane playing with him, and they've learned some of his old favorites along with the new songs. They'll be playing in more intimate venues around the country.

Go here for the latest info and tour dates from Jason Mraz.