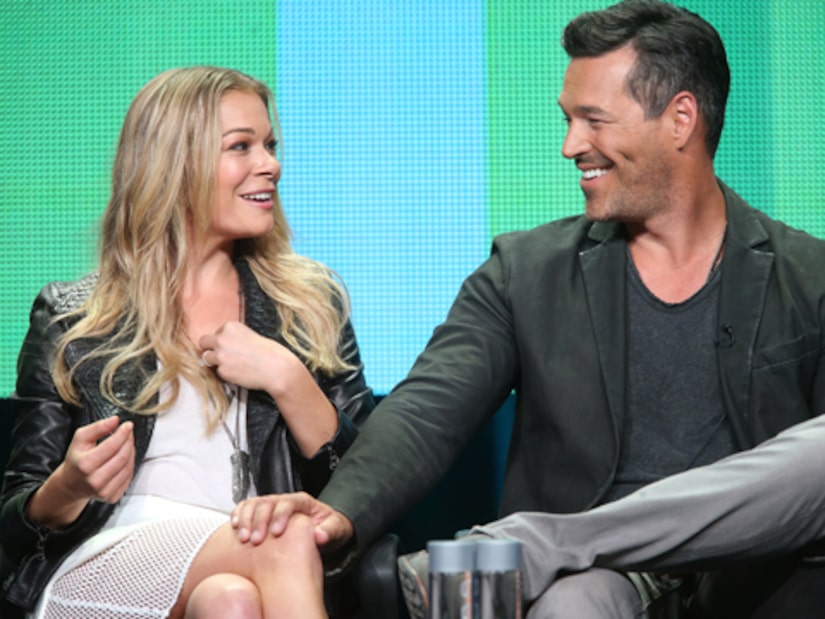 “Extra’s” Renee Bargh sat down with LeAnn Rimes and Eddie Cibrian to talk about their new VH1 reality show!

The couple revealed what they hope people will take away from “LeAnn and Eddie."

Eddie said, “I think people will see how we really are as a couple… I think they’ve been fed a story by the media, and by the tabloids, of a couple always in distress, or in turmoil, and that’s so far from the truth… my wife doesn’t have an eating order, she’s not an alcoholic, and she’s not pregnant right now.”

Watch the 'LeAnn and Eddie' Trailer!

LeAnn added, “I feel like it’s entertainment. We wanted to make a show that was obviously all us and our personality and comedy, that’s how Eddie and I are anyway that really came to the forefront… I think people will get a sense of normalcy, they’ll get the authentically of who we are… it's not about fighting and drama and all of that stuff.”

Eddie’s two children with ex-wife Brandi Glanville will not be on the show. Eddie explained, “My ex-wife wanted the kids on the show she’s doing and I just thought that was inappropriate, there’s no need for it… Even though our show is completely different in tone, I just felt there’s no need for them to be on our show either.”

Cibrian’s kids and his ex-wife may not appear on the show, but that doesn’t mean they won’t be addressed.

LeAnn said, “We discuss them, obviously, we can’t go through our lives, open up ourselves without discussing the kids, or his ex-wife, but we do it in a lighthearted way, nothing we’re saying is untrue, it’s all true and we didn’t set out to hurt anyone or get back at anyone.”

The subject of them starting their own family is something you will see. Rimes said, “I've always wanted kids, but it was like, well when do I make that transition over into having more time, family time, and I think I've just now started to find a balance which is good and I think I need to hang in the balance for a little bit longer before it goes whoop… so we do often talk about it, some days we’re like let’s go for it, then other days we’re like, eh.”

Eddie jumped in, adding, “We’re always going for it.”