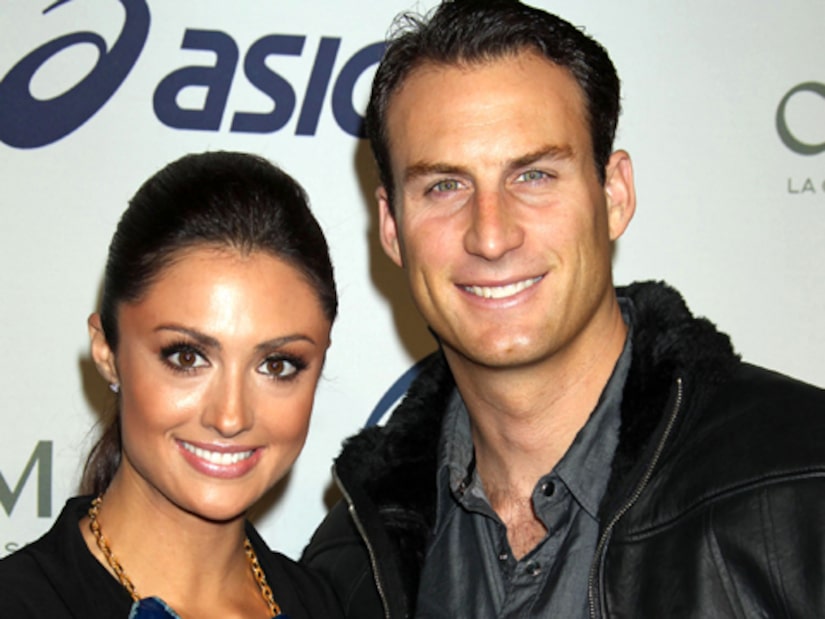 “Deal or No Deal” model Katie Cleary's husband committed suicide on Sunday at a gun range in Van Nuys. Despite reports that Andrew Stern had been suffering from depression, a source told the Daily Mail that he was in “good spirits” the night before he died.

Stern, 40, spent Saturday night at a friend's birthday party at DOMA in Beverly Hills (see the pic). The gathering included about 15 people. After dinner, the group -- including Andrew -- moved on to a Hollywood club.

The insider said, “I don't think he was drinking, he didn't do drugs, I've never seen him do anything like that (recreational drugs or drink). He was in good spirits, so everyone was so shocked he did that the next day, no one could believe it.”

Katie and Andrew wed in 2010. Stern filed for divorce in April.