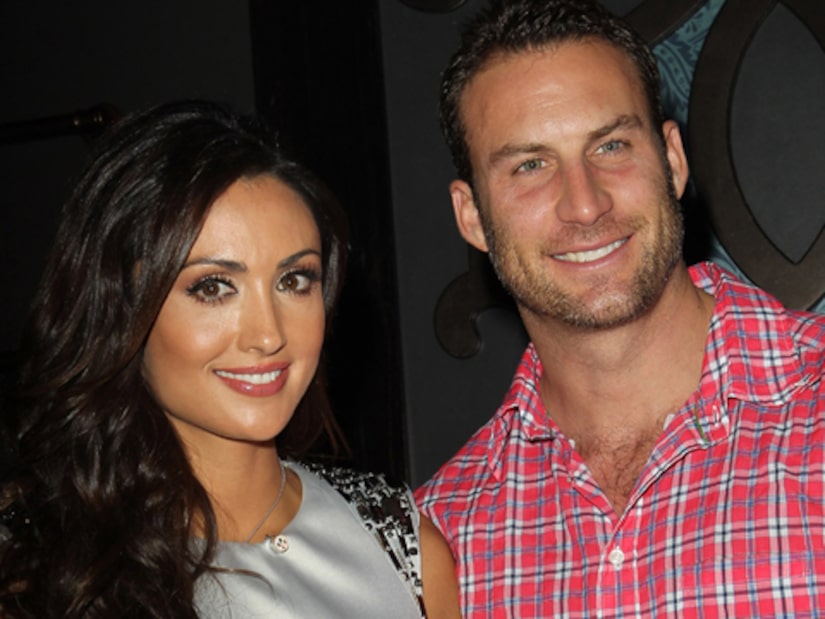 "Deal or No Deal" model Katie Cleary insists estranged husband Andrew Stern's suicide over the weekend had nothing to do with recent photos of Cleary partying with Leonardo DiCaprio and Adrian Grenier in Cannes.

Stern, who married Cleary in July 2010, shot himself in the head at an L.A. shooting range on Sunday.

Cleary's rep told TMZ that she and Stern split eight months ago, adding that the couple discussed the Cannes photos and deemed them a non-issue.

The “Top Model” contestant's rep also said Katie and Grenier have been friends for a while, and she only met DiCaprio for the first time in Cannes, where they discussed their mutual interest in animal conservation.

Stern's friends, however, told TMZ that the pics did bother the 40-year-old, and he filed for divorce in April, and then again in June, because she was humiliating him by hanging out with the hunky celebs.

TMZ also reports he was suffering from depression and significant stress at the time of his suicide, ranging from his crumbling marriage to financial issues.

Andrew was an Internet entrepreneur and co-founder of RipLounge.com.