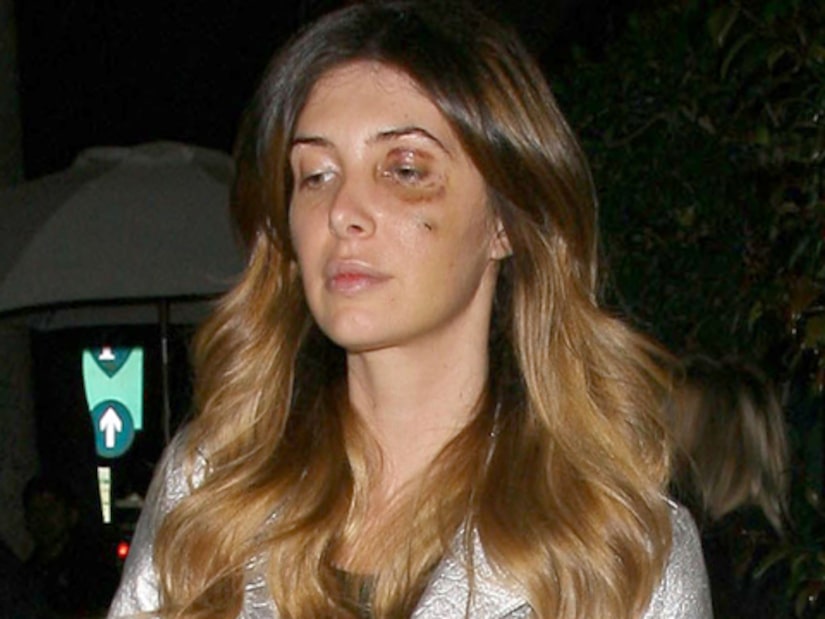 UPDATE: Brittny may have been the victim of domestic violence. TMZ says she was in a fight with BF Marquis Lewis aka Retna, a famous street artist, while staying at the London Hotel in West Hollywood. When she went to the hospital for treatment, doctors called the cops. The assault supposedly took place more than a week ago. Lewis' legal team says Gastineau was the aggressor. Click here for more details.

The shiner was on full display as the reality star and her mom Lisa came and went from Mr. Chow in Beverly Hills and Craig’s in West Hollywood.

Her mom told paparazzi, "You know, angels, when they hit earth, it hurts a lot."

Brittny stayed mum on the subject, but did retweet a friend’s heartfelt message. “The naked eye does not foresee pain but the heart knows how to regulate future destruction thru courage. @brittgastineau.”